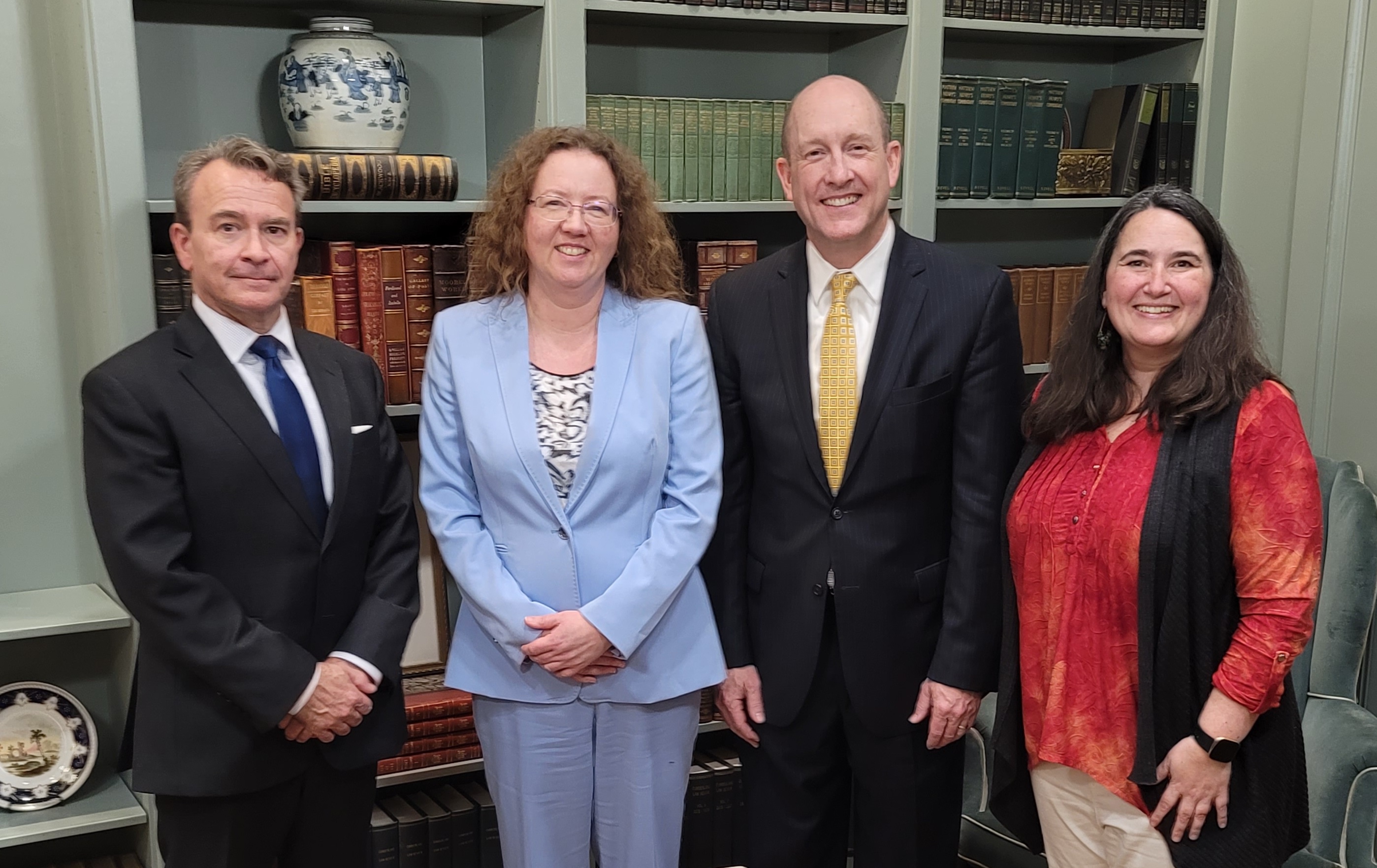 Moltmann spoke to a group of 20 students and faculty about the new governing coalition in Germany and the importance of Germany’s diplomatic relations with the United States. She and Johnson also fielded questions about the current situation in Ukraine, national and international security, education, climate change and climate policy, and the importance of educational and professional international exchanges and internships.

Moltmann and Johnson highlighted the opportunities available to students who speak at least one language in addition to English. Moltmann also emphasized the significance of immersing oneself in another culture in order to gain a deep understanding of the people, history and culture of another country.