Samford Student Pursues Calling To Serve His Country By Interning At The U.S. Secret Service

Published on September 21, 2022 by Diamond Nunnally   Share this on: 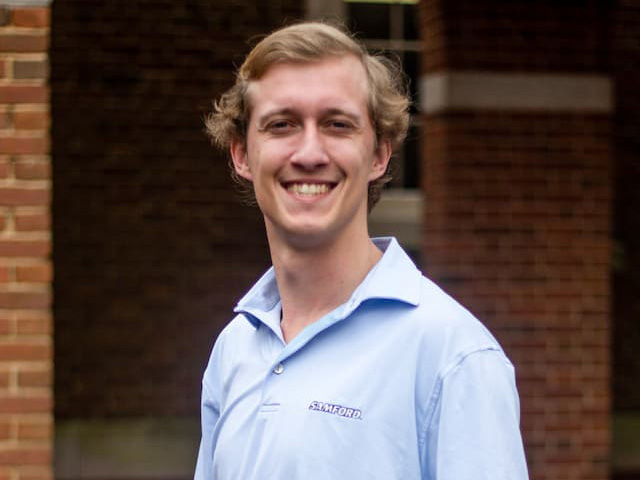 (Courtesy: Burton Reed)
With a passion to serve and protect his country, Senior International Relations and Spanish Double Major Burton Reed, '23, is interning for the U.S. Secret Service's National Computer Forensics Institute this year. Reed works in operations and helps ensure classes run smoothly with minimal problems.
"It has already been incredibly rewarding and provided me with real work experience in a federal work environment," said Burton Reed.
Reed will be interning for the entirety of his senior year.
"I hope to gain real-world experience and connections, clarification on the type of post-grad work I want to do, and a better understanding of how our government functions in smaller ways that can impact our daily lives," Reed said.
Reed found out about the opportunity from a friend, applied and then got the internship.
"I was very excited when I originally heard I had been selected. Not only was it an answer of prayer, but it showed me that the hard work and time I put in at Samford was going to pay off in my career search," Reed said.
The love for his country is what drove Reed to pursue this opportunity.
"The Secret Service is a federal agency that helps preserve our national security through the protection of political figures and our economy by guarding it against counterfeit and fraud threats," Reed said. "It is important to me to do my part so that our facilities can continue benefitting the security of our nation and its civilians."
In such a short time, Reed has learned valuable information and developed connections with seasoned veterans to help get him one step closer to fulfilling that purpose.
"I've met so many instructors and agents who have all had fascinating and different career experiences in important roles around the world," Reed said. "And while lots of it goes over my head, the equipment our classes deal with and prepare law enforcement officers from around the country to use is impressive."
Reed hopes to land a job in law enforcement, intelligence or diplomacy at a federal agency in the states or abroad after graduation.
Samford is a leading Christian university offering undergraduate programs grounded in the liberal arts with an array of nationally recognized graduate and professional schools. Founded in 1841, Samford is the 87th-oldest institution of higher learning in the United States. The Wall Street Journal ranks Samford 1st nationally for student engagement and U.S. News & World Report ranks Samford 66th in the nation for best undergraduate teaching and 104th nationally for best value. Samford enrolls 5,683 students from 47 states and 19 countries in its 10 academic schools: arts, arts and sciences, business, divinity, education, health professions, law, nursing, pharmacy and public health. Samford fields 17 athletic teams that compete in the tradition-rich Southern Conference, and ranks 6th nationally for its Graduation Success Rate among all NCAA Division I schools.