Immigration in the South 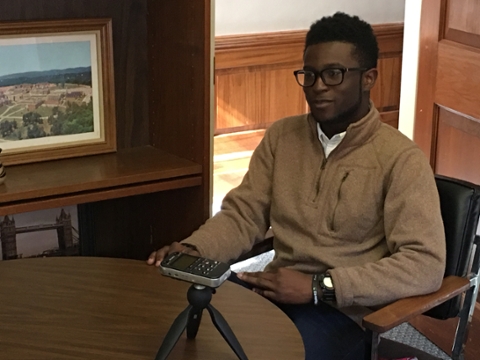 ". . . I’ve become a lot more aware of the fact that I’m black, that I’m, I’m a black American. I, and most people would probably categorize me as an African-American, um. I personally wouldn’t, just because I feel like I’m Haitian-American because, you know, I, my roots are in Haiti."

Dr. Carlos Aleman shares his family’s experience immigrating to America, his identity as Nicaraguan-American, and his goals for his History of Immigration course.
Play Segment

Imam Asfaq Taufique describes some of the cultural differences he overcame after immigrating to America.
Play Segment

Olivier Barreau discusses the differences between New York City and Alabama, and describes how “black American” and “African-American” are often, inaccurately, used interchangeably in the United States.
Play Segment