The Slow Growth of Data Analytics in the Football 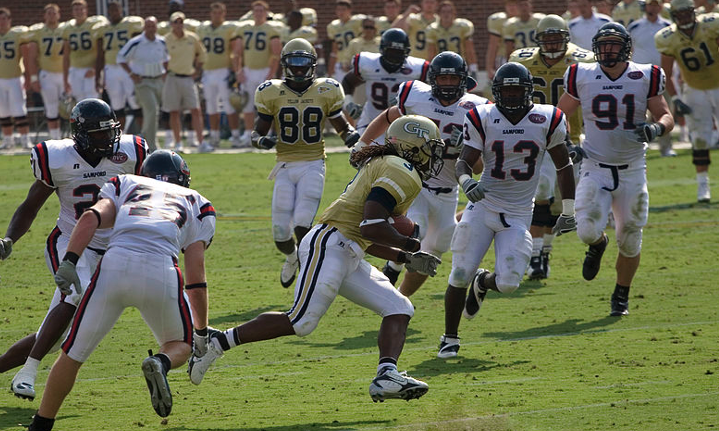 It is no secret that Data Analytics is a growing industry, with sports a leading cause of the industry boom. The Oakland Athletics’ “Moneyball” approach is often credited for leading the push for analytics into baseball and other sports, yet coaches have been gathering data and using it to help prepare their team for competition since the beginning of sports.

Paul Brown is the first recorded coach in the National Football League (NFL) to use film study and analytics to study his opponents back in 1946. He found the most common formations and plays run by his opponents in the upcoming game and created what is now commonly known as a scout team. A scout team is made up of members of your own team mimicking the opponents’ formations and plays to help your own team prepare for the next game. Coach Brown also used his own analytic techniques to show that the players that had all the plays memorized performed better on gameday. To make sure his players knew the plays, he started to quiz his players on the playbook, and would start those that scored highly on the test. While coaches started to take notice and adopt similar practices to Coach Brown in the late 1970’s, innovation in the use of analytics in football has been slow. The NFL would wait decades before more advanced analytic developments were made.

While professional organizations often have the most resources to devote to innovation, often those with less resources are more apt to innovate. Rather than an NFL team leveraging advanced data analytics, one of the first in the realm of football to gain notoriety was the head coach of a high school team in Little Rock, Arkansas. Kevin Kelley began using statistically driven decision making when he became the head coach of Pulaski Academy in 2003. Pulaski went on to win nine state titles over the next eighteen years. Along the way, Kelley was recognized by many as the top high school coach in the country for his data-driven offensive scheme and special teams approach, becoming a feature subject in books, articles, and on the speaking circuit. (Kelley left Pulaski in 2020 and spent the 2021 season as the head coach at Presbyterian College in Clinton, SC.)

Modern analytics in the NFL finally began to grow thanks to a part-time job for a backgammon world champion named Frank Frigo. Although he had never played the game of football, Frigo created one of the first “win-probability” models. A win probability model is a predictive model that accounts for past team performance and which team they play to estimate who will win an upcoming game. After being taught by the Tennessee Titans how zone defenses work, he accepted the first full-time position as a data analyst in the NFL in 2007. Frigo was one of a few analysts that started to marginally increase win probability for teams across the NFL.

The Cleveland Brown attempted to bring a more analytical approach to the NFL in 2016 when they hired Paul Depodesta, one of the key architects of the Oakland Athletics’ early use of baseball analytics. Analytics in the NFL gained increasing acclaim when the Philadelphia Eagles adopted an aggressive analytic model (including going for and converting more fourth downs than any team in the NFL) on their way to winning a Super Bowl during the 2017 season.

These successes have led to a greater investment in data analytics in NFL front offices. There are currently 86 declared full-time staff members in the NFL devoted to data analytics, though across MLB front offices these roles likely number well into the hundreds. In a league where millions of dollars are at stake, analytics could give an NFL team an advantage when trying to win football games. With the incredible success stories across sports and increasing public knowledge of data analytics, why has it not gained more attention or popularity in the NFL?

Applying analytics in sports is complex. Being able to confidently predict events or outcomes requires taking many variables into account, thus producing complicated statistical outcomes and probabilities. Though data and statistical methods are available to predict who wins a football game with extraordinary accuracy, the complexity of the process leaves coaches scratching their heads. In many instances, the use of analytics in football boils down to not the availability or accuracy of the data, but how willing the coaches and players are in receiving and processing the data.

A key feature in a program’s investment in analytics comes from the Owners’ or Head Coaches’ receptiveness of the data. A team of highly qualified analysts could find numerous correlations or predictors, but if a coach doesn’t look at the report, ignores the statistics, or does not believe in or understand the results of the study, then what good does the data do? Frequently, data is being rejected not because it is inaccurate, but because it is not clearly understood or applied by coaches.

Tony Khan, the Jacksonville Jaguars’ Senior Vice President of Technology and Analytics, recently expressed in a Sports Illustrated interview: “There are a lot of skeptics, and that’s honestly probably on the analysts and the statisticians. You have to be able to explain it to the football people in their terms. That’s why I try to study that, to be able to communicate with coaches and scouts on a meaningful level, instead of forcing them to use our terminology.”

To Khan’s point, coaches are often more comfortable with the physical competition they observe on the field and on video and language they have heard for years in locker rooms and on sidelines. They are less familiar with statistical software packages, complex mathematical equations, and terms typically associated with these analytical activities. While coaches are tasked with roles that include recruiting, game-planning, instructing the players, and roster management, throwing a data analysis lesson on top of that is the least of their concern. Data analysts have an apparent difficult time translating statistical findings into a practical application for the sport. Therefore, the goal of new data analysts is not only to find game breaking statistics, but to effectively translate those statistics into something that the coach can understand and use.

How do we solve the problem?

To help solve this issue, it is imperative that data analysts working with any client – and especially with those who might lack business or mathematics backgrounds – sharpen their communication skills and connect with their audience. It is of great benefit to listen to others’ perspectives, concerns, and the language they use. It is helpful to acknowledge where your client’s attention is focused, and work to help them confirm or challenge ideas (or possibly offer alternative solutions). Analysts need to shape insights to be easily processible and directly related to the needs and desires of those they are serving. This might include using easy-to-understand graphics and terminology they are familiar with.

In my personal experience of being a data analyst for a football team, I have had countless opportunities to explain statistical findings in ways that coaches understand. One example was during a conversation with our special teams coordinator on how we want a high mean and a low standard deviation for punt distance when analyzing punters. Drawing box-and-whisker plots might be an appropriate visual for some audiences, but likely wasn’t easily discernable for coaching insights. So, in communicating with this coach I was able to share that standard deviation, a measure of central tendency, directly relates to the consistency of a punter. Therefore, even though one punter might have a higher average punting distance than his counterpart, if the other is more consistent, this second player should deserve the starting spot. This simple explanation, using language the coach was familiar with, was able to clearly share the valuable insights from my analysis.

The result of this analysis confirmed this coordinator’s “hunch” that although one punter could occasionally hit a very long punt, his counterpart was much more reliable. As an analyst, I found that the best way to arrive at a solution is to either confirm these “hunches” that coaches have with solid data analysis or provide alternative ways of thinking to show different possible paths. The coach might feel like one person is better than the other, and to be able to provide statistical proof of confirmation could be game changing in building trust with the coaching staff and in the overall acceptance of data analytics in any football program.

According to recent industry research, sports-related research jobs will grow an estimated 400% in the next 8 years. Much of this growth is expected to be in football, with an expected 50% increase in analytics jobs in the NFL in the next 3 years. This growth is due to many current coaches recognizing the value of data analytics in helping their team. Applied toward anything from potential draft picks to fourth down prediction charts, data can quantify difficult decisions into simple, thoughtful processes.

Samford University is preparing students for these opportunities through the development of our Sports Analytics curriculum in the Brock School of Business and our partnership with Samford Football. Having worked with Coach Hatcher’s staff over the last few years, I have seen the impact analytics can have on competition on the gridiron, with increasing amounts of data captured on the field and in the weight room. We have been blessed with high quality technology to build better athletes and men. Through the gift of Project Samson, we are able to use Catapult and Elite Form data to track a multitude of performance metrics. Catapult is a small device worn to track the speed, acceleration, change of direction, and other movement metrics of our athletes during practices and games. Elite Form is a weight room computer system that uses camera and bar-tracking technology to record our athletes power output and lifting velocity.

One of the things we have been able to do this year through Elite Form data is find the maximum power output of our players increasing over the summer and fall lifting plans, proving our players are getting stronger. Beyond building strength, the Catapult data shows that Samford Football has been consistently getting faster as well, with a player in full pads clocking out at over twenty-two miles per hour in a recent practice. Collecting data that shows you have helped develop a player to be as fast as NFL star Tyreek Hill is an incredibly cool and motivational statistic to show your players. Catapult also gives us directional acceleration data to help our athletic training staff measure rehab and return-to-play timelines with our injured athletes. This program helps us track practice contacts and when we need to back off a certain player in practice so that they reduce their risk of injury on Saturday.

All of these programs, coupled with the data collection and breakdown of film on the Samford EXOS platform, puts Samford at the cutting edge of sports performance. To have access to programs and hardware that many Power Five programs do not have truly makes Samford Football a special place for data analytics and a tremendous opportunity for students looking to make their mark in this profession.

Jerrod Abee is a senior marketing major at Samford University with concentrations in Sports Marketing and Data Analytics. He works as a student assistant coach and data analyst for the Samford Football team, fulfilling different on-field and off-field tasks. Jerrod hopes to attend a graduate school program as a Graduate Assistant Coach for a collegiate football team, and then pursue a Ph.D. in Marketing Strategy.