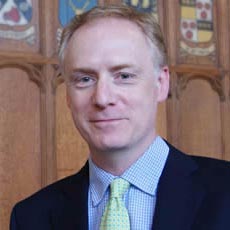 Samford University’s Center for Science and Religion will host a free public lecture by physicist Mark Harris Wednesday, Nov. 18 at 7 p.m. in Samford’s Reid Chapel. This event is funded by a generous grant from the John Templeton Foundation.

Harris, Lecturer in Science and Religion at the University of Edinburgh, will address the question of whether or not science disproves the miracles of Jesus. He also will lead a free Ministers’ Workshop 12:30–2 p.m. (contact jareeves@samford.edu to register).

As a physicist working in a theological environment, Harris is interested in the complicated ways that science and religion relate to each other, especially in questions about the nature of reality. He is known for his co-discovery, with Steve Bramwell, of “spin ice,” a counter- intuitive model system that has revolutionized research into the way magnetic order develops in solids.

While training for ordained ministry, Harris discovered theology in a moment of awakening not unlike that provided by his first chemistry set at the age of 10. After time spent in university chaplaincy and cathedral ministry, he now combines his academic interests by leading the science and religion program of study and research at the University of Edinburgh.

His research interests include the study of realism in physics and theology, and the lawfulness of nature. Much of his work focuses on the ways in which natural sciences have critically affected modern views of the Bible, especially in thinking on miracles and divine action.