Dr. Steve Donaldson discusses the importance of the Center for Science and Religion.  Watch Now

The mission of the center is to promote rational inquiry and to further understanding of key issues at the interface of science and religion through educational and research activities. The center is committed to the ideas that science and religion are not inherently incompatible, and that insight into key science and religion issues has a rich history. The center’s mission, however, is oriented around the belief there is much to learn and much work to be done in exploring new avenues of understanding and communicating current views to others. Outside its commitment to general Christian principles and an ongoing search for truth, the center does not exist to promote any particular scientific theory or point of view.

Reeves Book Examines Scientific Trust and the Future of the Church
Reeves offers a sympathetic account of the average Christian in the pew and explains the reasons why skepticism toward mainstream science is compelling to many conservative Christians, but he also proposes a uniquely Christian defense of taking scientific expertise seriously as part of a healthy intellectual life and process of discernment.
Read More

Reeves Named Fellow of the International Society for Science and Religion
The honor places him in the company of 200 of the world’s most distinguished scholars in the field, selected for their major contributions, standing in their respective fields, sustained engagement with the science and religion debate, scholarly promise or organizational and entrepreneurial skills within the science and religion field.
Read More

Samford Chosen as Potential Host for Science and Religion Fellowships
Samford University is one of 20 institutions selected as a potential host for prestigious three-year postdoctoral research fellowships in the field of science and religion, based at the University of Edinburgh’s School of Divinity.
Read More

New Technology, Relationships Will Combine for Human Benefit, Picard Says
The technological future might be less about a dominating Artificial Intelligence and more about Extended Intelligence (XI) that works alongside humans, assisting us rather than replacing us, and promoting the human connections that make our lives better.
Read More

Samford Mourns Professor Steve Donaldson
Donaldson’s work, presented not only in books and professional journals, but also in Sunday school classes and public lectures, sometimes addressed the most controversial aspects of science and religion, but with mutual respect as the foundation for learning and growth.
Read More 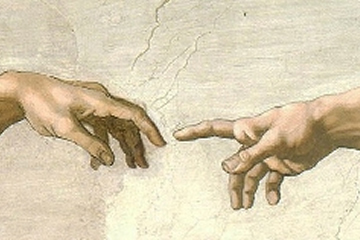