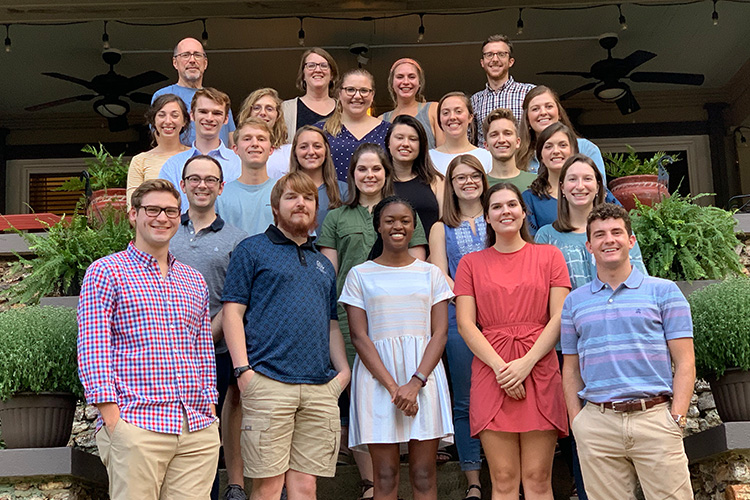 Samford University’s Howard College of Arts and Sciences has named its newest class of John Howard Scholars. The students, led by dean Tim Hall, associate dean Emily Hynds and academic adviser John David Corwin, represent a variety of arts and sciences disciplines and are among the finest students in the college.

Howard Scholars participate in a variety of activities that promote research and interdisciplinary engagement both within the group and throughout the college. In the coming year they will meet J. Roderick Davis Lecture Series distinguished guest Roosevelt Montás, help organize the annual Howard College Undergraduate Research Fair and take part in various other special activities.

The John Howard Scholars program, like the college itself, takes its name from the English reformer John Howard. Born in 1726, Howard led an unremarkable life as a country squire in Bedfordshire until he was elected as the county sheriff. He was outraged to learn that some prison inmates were held captive even after they were found innocent because they could not afford the jailer’s fee.

Howard College of Arts and Sciences traditionally celebrates its namesake’s Sept. 2 birthday by naming its class of John Howard Scholars. The class of 2019-20 includes: