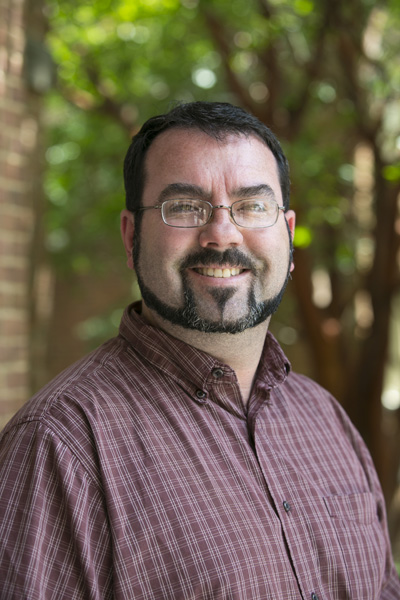 The project, "Kinetic Investigation of the Degree of Hyperconjugation and Anchimeric Assistance in Constrained Oxocanes via Hammett and Swain-Scott Analyses” arose from the unexpected observation of a phenomenon called remote hyperconjugation in a different project in 2015. The phenomenon is a distinguishing characteristic of the chemical weapon called mustard gas, but the molecule Wiget’s research group was studying lacked that toxicity. The discovery led to two publications in the Journal of Organic Chemistry with Samford undergraduate researchers/authors Bryan Bashrum, Ellie Berry, Carolyn Birchfield, Jessica Joy, Robert Lee, Alex MacLean, Jake Massey, Jillian Walters and Monica Zanghi.

The new grant will support research to confirm what the earlier research strongly suggests. “The project I proposed to the ACS PRF program was to build molecules based on those previously studied whose actual chemical reactivity (not just spectra) would be different if the phenomenon was actually present,” Wiget said. “Studying a phenomenon in a controlled system is particularly interesting when one considers two in-use cancer drugs, Chlorambucil and Melphelan, were developed many years after mustard gas, but were designed based on the same phenomenon and structural characteristics, reminding us that the study of fundamental properties of molecular structure frequently finds practical application long after their discovery.”