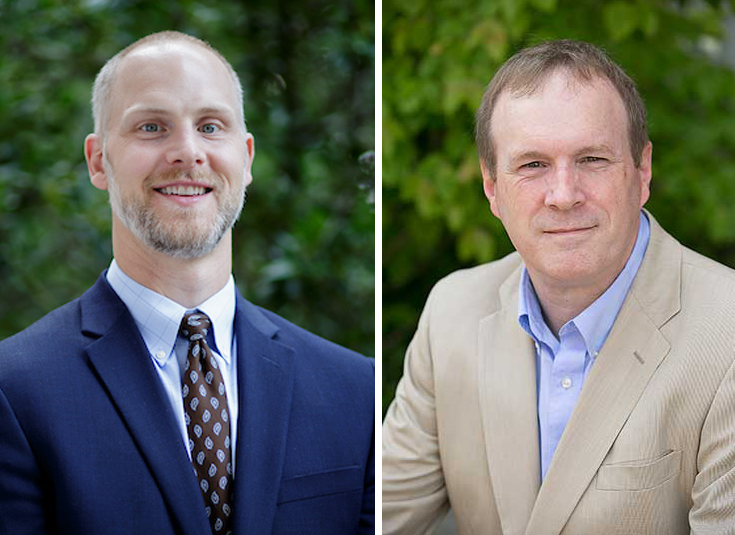 Will Kynes and Paul R. House

Beeson Divinity School professor Paul R. House was the winner in the category of Old Testament Commentary for his book, Isaiah: A Mentor Commentary, Volumes I–II (Christian Focus). Awards juror T. D. Alexander of Union Theological College praised House’s work as “an important alternative perspective to that adopted in much scholarly discussion of the book of Isaiah.”

Howard College of Arts and Sciences professor Will Kynes was a co-winner in the Old Testament category for his book, An Obituary for “Wisdom Literature”: The Birth, Death, and Intertextual Reintegration of a Biblical Corpus (Oxford University Press). “In his monograph, Will Kynes has not only overturned what has been assumed for the past century regarding the texts we associate with wisdom but has provided a way forward for greater attention to the voice of these texts within the broader canonical witness,” said juror Mark Boda of McMaster Divinity College.

House joined Samford’s faculty in 2004 and specializes in Old Testament theology and Hebrew. In addition to his teaching, research and preaching, he is a past president of the Evangelical Theological Society. Kynes joined the Department of Biblical and Religious studies in 2019 to support an emphasis on foundations and increase the department’s already strong scholarly focus on the Bible.