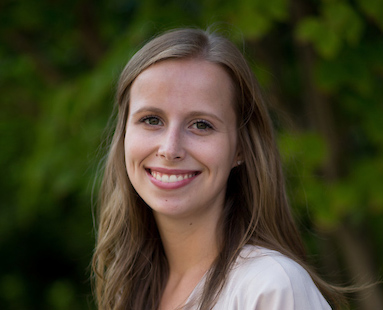 Research on the history of Birmingham’s African-American Catholic community has earned a Samford University student national academic recognition. Religion major Emma Welch was named runner-up in the undergraduate category of the 2020 Albert Clark Award, presented by Theta Alpha Kappa, the national honor society for religious studies and theology. The award is given annually for the best papers in religious studies or theology. In addition to a $250 cash award, Welch’s essay will be published in the Journal of Theta Alpha Kappa (JTAK).

Welch produced her essay–The History of the Catholic Church's Role in the Lives of African-American Catholics in Birmingham, Alabama and How the Church Can Better Serve the African-American Community Today–for professor David Bains’ fall, 2019, seminar on urban religion in the U.S. She focused on events in the life of Our Lady of Fatima Church, including efforts to desegregate Elmwood Cemetery in order to allow the burial of Bill Terry, Jr., who died in U.S. Army service in Vietnam in 1969.

Bains said Welch is the first Samford student to be named runner-up or winner of the Clark Award, but is the third Samford religion major in as many years to have her essay selected for publication in the JTAK. Emily Jenkins’ essay–Civil Religion and the Phenomenon of Hamilton–was published in 2019. Lauren Center’s essay– Render unto Caesar: The Role of Federal Funding and the Alabama Baptist Convention in Samford University’s Desegregation– is forthcoming in 2020.