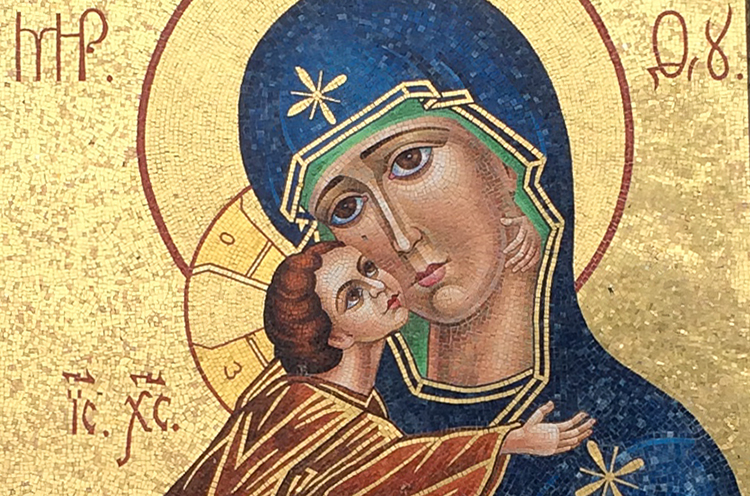 Online essays by students in Samford’s Department of Biblical & Religious Studies document three prominent images of Christ in Birmingham. Alabama. “Each image highlights a different aspect of Jesus’ identity,” professor David Bains wrote in his introduction to the student project, now posted at his Magic City Religion website. “Each has a distinct relationship to the story of Americans’ struggle with racialization.”

Bains noted that the theme was inspired by his students’ reading of The Color of Christ: The Son of God and the Saga of Race in America by Edward Blum and Paul Harvey. And although the images were made specifically for Birmingham, the artists were Welsh, Italian and Chinese.

The Wales Window for Alabama, donated after the murder of four children in the 1963 bombing of Sixteenth Street Baptist Church (essay by By Jessica McCasland & Eva Parker).

The Italian mosaic depiction of Jesus and Mary at St. Symeon Orthodox Church (essay by Emma Buckles and Anne Marie Vines,) and

The painting Messiah at Samford University (essay by Jacob Patton and Madeline Jackson).

Bains said sixty-six students have participated  in his Magic City Religion project so far. The work of thirty-three more students could not be completed this semester due to the COVID-19 pandemic, but Bains hopes to work with students on new profiles of local religious communities, art and architecture this fall.