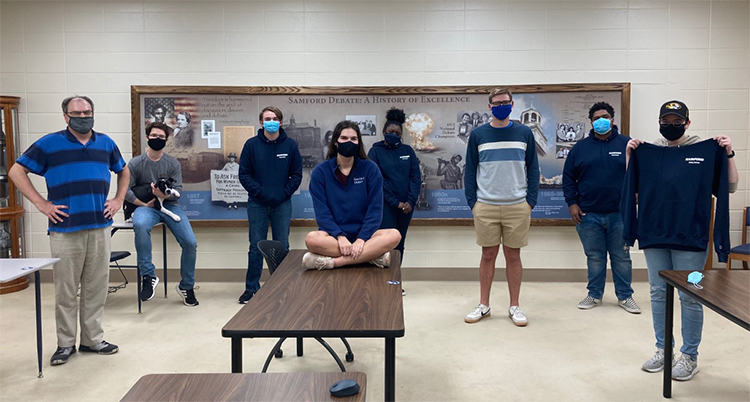 Samford debaters delivered strong back-to-back performances in January, and two of them rose into the top 10 in national rankings.

“These two tournaments put us in a strong position for our goal of qualifying for the National Debate Tournament,” director of debate Ryan Galloway said. “The fact that we have three teams competing at such a high level of competition speaks well for the future of the program,” assistant director Lee Quinn added.

Samford’s Debate Team currently is ranked #12 in the nation by the American Debate Association, ahead of traditional debate powerhouses including Harvard University, Northwestern University and Cornell University. It will next compete at the National Debate Tournament district qualifier hosted by Emory University at the end of February.