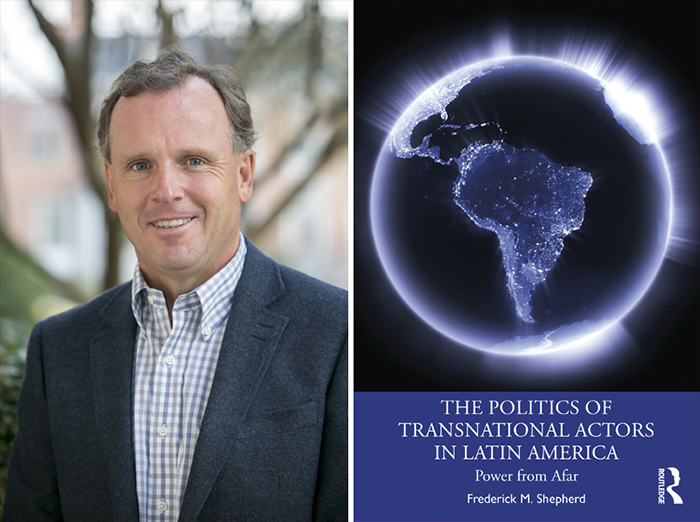 Samford University political science professor Fred Shepherd enjoyed a prolific sabbatical in fall, 2020. In addition to his work on a new article about the Vietnam War, Shepherd consulted pro bono for Duke University School of Law in the case of a Honduran woman applying for asylum in the United States, presented on virtual grassroots lobbying at the fall Amnesty International Virtual Conference, and opened discussions with a colleague about a project on anti-drug efforts in Colombia, Mexico and Bolivia.

Shepherd also completed a new book–The Politics of Transnational Actors in Latin America: Power from Afar. The book, published by Routledge Press in March, addresses the ability of organizations that transcend national boundaries to influence conditions in Latin America. It focuses specifically on the Catholic Church, transnational corporations, transnational drug networks, and transnational human rights organizations. It examines their power and the conditions that enable local groups and national governments in the region to counter their dominance.

Shepherd also is the author of Christianity and Human Rights: Christians and the Struggle for Global Justice, as well as numerous contributions to volumes and journals on Latin America, religion, politics, human rights and genocide. He has been affiliated with the Lilly Foundation, the Holocaust Education Fund, and the Center for Advanced Holocaust Studies at the U.S. Holocaust Memorial and Museum.