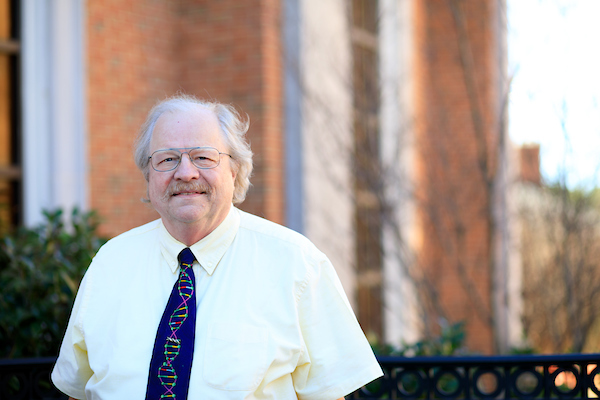 Biblical and religious studies professor Lisa Battaglia, who led the award committee, described Johnson as a “lifelong bulldog” who earned his B.S. and M.S. degrees at Samford and served as a visiting professor during two teaching missionary sabbaticals from Seinan Gakuin University before joining Samford’s faculty in 2008.

Johnson's expertise is genetics and molecular biology, and he emphasizes hands-on learning and real-world focus in the classroom and in his own research. Battaglia said Johnson’s colleagues and students praised that approach as well as his warm and innovative teaching style, creativity in relaying complex information, obvious affection and compassion for students, and beloved holiday parties he hosts with his wife, Robin. “I know he is one of those professors I will keep in touch with after graduation because of the impact he has had on my life,” one of his students wrote.

Johnson, an active research mentor, will reflect on 40 years of student research for a Biological and Environmental Sciences Department lecture series event March 22.