Formally created in 2008, School of the Arts offers degrees in all aspects of art, design, theater, and music, and plays a vital part of campus life.

Since the earliest years of the university’s history, music and the dramatic arts have been a vital part of campus life. The college Glee Club sang at commencements, and seniors and dramatic arts students performed in campus productions during the school year. The Masquers Club, organized in 1933, invited all students to be a part of their dramatic productions. Within five years, the popularity of The Masquers Club increased to such a degree that their productions were limited to drama students only. Throughout the state, Howard College dramatic productions were well recognized, and that recognition continues to the present. In 1948, the board of trustees unanimously approved the establishment of the Department of Music to offer the bachelor of music degree. Prior to that time, music was taught on campus by professional musicians from a local music school through a cooperative agreement, but a bachelor’s degree was not offered. By 1952, the music curriculum was so successful that more teaching space was required to accommodate the demand for music courses. In 1970, the department was elevated to school status.

In 2009, the theatre department was renamed the Department of Theatre and Dance to recognize the expanded focus of the department. That same year, a new bachelor of fine arts in musical theatre was introduced.

The School of the Arts developed the Center for Worship and the Arts in 2012 through a grant which focuses on mentoring young adults to serve the church.  Its programs include extensive web services along with its flagship summer program, Animate.

New programs continue to evolve within the School of the Arts. Theatre for youth was established in 2015 and recently received its full accreditation by NAST.

In the fall of 2018, the Department of Christian Ministry was added to the School of the Arts.  This program offers a practical approach to ministry and missions and has merged with the Ministry Training Institute, an extension program that has served Samford and the church community since its inception in 1947.

In the fall of 2020, the Division of Music added a new program in Commercial Music.

In the spring of 2021, the Division of Art and Design divided into two departments to accommodate the growth in programs.  The Department of Art & Design now offers degrees in studio art, graphic design and game design and 3D animation.  The Department of Architecture and Interior Design has also grown with the addition of an accelerated Master of Architecture and interior design degree.

Harrison Theatre and Buchanan Hall will be renovated starting in May of 2021. These updates will provide better access as well as state of the art technology. 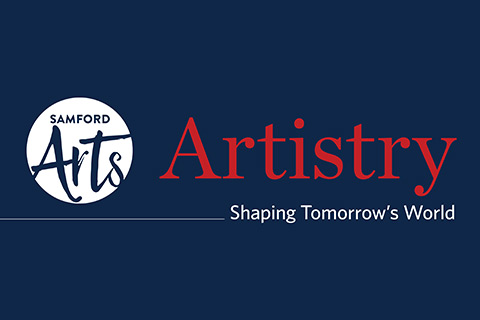