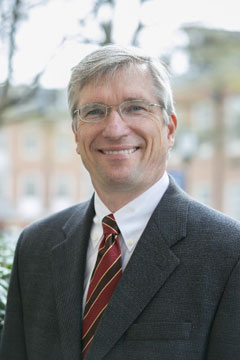 Jeffrey Z. Flaniken (Violin, String Quartet, Chamber Music, and Music Theory) has been a faculty member at Samford University since 1994. He is enjoying a multifaceted vocation as teacher, soloist, recitalist, orchestral player, and chamber music performer. He began his performing career by winning a chair in the Louisville Orchestra at the age of seventeen. He has also played with the Alabama, Cincinnati, and Atlanta orchestras; the Tanglewood and Aspen Festival orchestras; the Cincinnati Ballet and Opera orchestras; the Cincinnati Chamber Orchestra and many others. Locally, Mr. Flaniken has performed on the Birmingham Chamber Music Society Series, BAMA, Artburst, City Stages, The Festival of Arts, and the Gerhart Chamber Music Festival. He studied with Dorothy Delay, Hyo Kang, Masao Kawasaki and Kurt Sassmansshaus at Philadelphia College of the Performing Arts and at Cincinnati College-Conservatory of Music. He has also studied with Simon Fischer in London. He enjoys playing in the Samford String Quartet with his wife Angela, and Samuel and Caroline Nordlund. The quartet has performed and taught in many states. They also have performed in England and France. In January of 2010, Professor Flaniken in conjunction with his wife Angela, Donald Sanders, Kevin Kozak and Sarana Chou released a recording of 21st-century chamber music presenting music of Lansky, Jensen and Chou. He has also participated on recordings of the Alabama Symphony, the Atlanta Symphony, National Geographic television show and the John Denver Christmas Special. He and his wife have three grown sons and tennis is his main hobby.