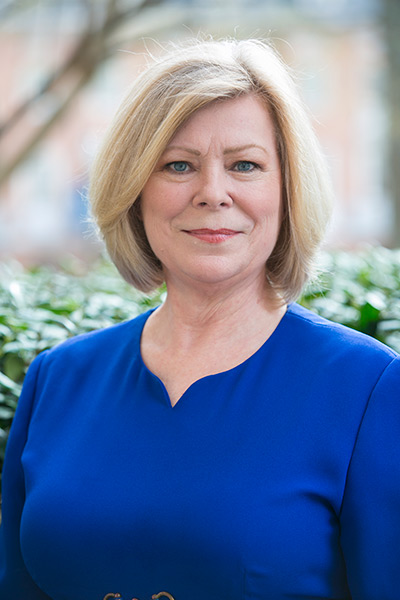 Soprano Sharon Leding Lawhon holds degrees from Belmont University (bachelor of music in vocal performance) and Southern Seminary (master of church music and doctor of musical arts). As a part of her doctoral studies, she pursued additional voice instruction at Indiana University, Bloomington, with Virginia Zeani. She recently spent her sabbatical leave in New York studying voice with Bruce Kolb. She is listed in Who's Who Among Students in American Universities and Colleges, Outstanding Young Women in America and most recently, Who's Who Among America's Outstanding Teachers. Additionally, she was awarded Samford’s George Macon Memorial Teaching Award in January 2006. Lawhon performs in solo recitals and with choral and orchestral ensembles in oratorios and operas. Prior to coming to Samford in 1994, she taught on the voice faculties of Southern Seminary, the Kentucky Governor's School in Louisville, Ky., and Indiana University Southeast, New Albany, Ind.. She is a recurrent visiting professor at the Department of the Russian Evangelical Christian Baptists Union Bible College in Moscow, Russia, and for the Chinese Christian Church Music Institutes held in California, Canada, New York and Kentucky. In addition, Lawhon has been associate minister of music at Vestavia Hills Baptist Church, Birmingham, Ala.; minister of music at Hermitage Hills Baptist Church, Nashville, Tenn., and Audubon Baptist Church, Louisville, Ky.; and associate minister of music at St. Matthews Baptist Church in Louisville. She was a member of the Chorister's Guild Board and was secretary of the Executive Chorister’s Guild Board. Lawhon has published numerous articles and is an active choral director, clinician and adjudicator throughout the United States. She is married to organist, church musician and adjunct organ professor, Daniel E. Lawhon.