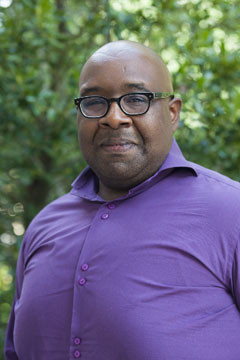 Demondrae Thurman is considered one of the stars of the formidable generation of brass soloists. His euphonium playing has been described as “awe inspiring”, and he is touted as “an amazing musician”. Demondrae has a firm international reputation as a euphonium soloist having performed in Europe, Asia and throughout North America. Many of America's premiere colleges and universities have hosted him as a performer and teacher and he continues to be in high demand. Over the last ten years, Demondrae has been an invited guest artist/clinician at many of the world’s prestigious euphonium festivals including the International Tuba/Euphonium Conference, U.S. Army Band Tuba and Euphonium Conference and the Leonard Falcone Competition. His primary teachers are John Stevens, J. Michael Dunn, James Jenkins, and Daniel Drill.