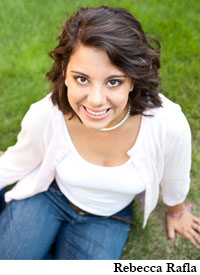 Two Samford University students placed at the recent National Association of Teachers of Singing national auditions. The auditions were part of the NATS biennual conference in Boston.

Rebecca Rafla placed 2nd in the college/private musical theater women's division with her performance of "Still Hurting" from "The Last Five Years" by Jason Robert Brown. Rafla, a mezzo soprano, graduated in May with a bachelor of science degree in music.

Joylyn Rushing placed 3rd in the lower college/private women's division with her performance of the aria "Caro nome" from the opera "Rigoletto" by Verdi. Rushing, a soprano, is a junior voice major. 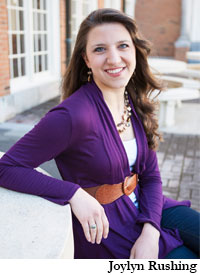 Both Rafla and Rushing are University Fellows, Samford's academic honors program, and both are students of Christina Villaverde-Camara, assistant professor of music.

"They have made me so proud, and they have helped to put Samford on the map," said Villaverde-Camara of the two students. "They had to compete against the best of the best, from large state schools and [music] conservatories, and still scored above them."

The journey to nationals actually took several months, Villaverde-Camara explained. Both placed 1st in the district level auditions in February, Rushing in the classical category for 2nd-year college women and Rafla in the musical theater category for 4th-year college women. Both later placed first in the regional auditions in March, which included students from three states, Puerto Rico and the Virgin Islands.

For the national auditions, Rafla and Rushing were among 700 students who submitted preliminary round entries via YouTube and then were among the 168 chosen for the semifinal rounds in Boston. They were two of three college students chosen from Alabama and two of only 17 singers from the Southeastern Region. To compete at nationals, students must place 1st, 2nd or 3rd at regionals.

"I am so blessed to have been their voice professor through all the different stages that led to nationals," Villaverde-Camara said. "It was a privilege to stand by their sides as they represented themselves, Samford, their families and friends in an exemplary way."