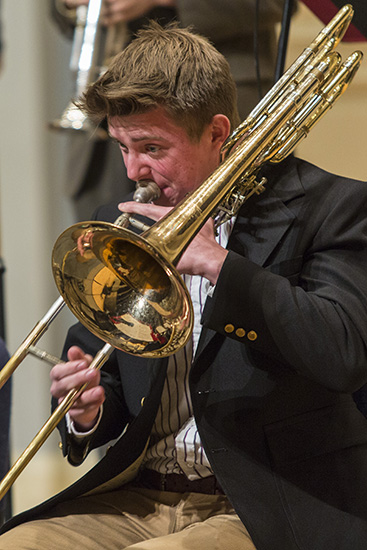 Kathryn Fouse, associate dean for the Division of Music, praised the students for their excellent work and the recognition they received for their music.

Among the winners was Conrad Shaw, a junior tubist from Brentwood, Tennessee, who received first place in both the instrumental and overall best performance categories at the Birmingham Music Club Guild Scholarship Auditions.

“The best award for any performer is to impact your audience in a way they will never forget,” said Shaw.  “I feel incredibly honored to have received this scholarship award and want to thank the Birmingham Music Club Guild for their generous support of the musical arts in Alabama.”