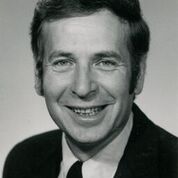 Longtime Samford University theatre director Harold Hunt’s legacy lives on. Like so many individuals associated with Samford, Hunt began his relationship as a student at Howard College and then returned to teach at Samford’s current location for 34 years. He directed more than 100 plays.

“Mr. Hunt,” as his students still call him, tells stories of productions in the original arena theatre which was located in the bottom of Reid Chapel. As the director wearing many hats, Hunt received calls from patrons asking not to sit behind the columns in the original theatre. Despite its drawbacks, it was such a well-loved space that according to Hunt “patrons, students and faculty alike had a hard time leaving the intimate space for the Harrison Theatre and the Wright Center.

Hunt recalls how Samford was very accommodating when building the new theatre complex. He had suggested several key components including the continental seating, revolving theatre and seating capacity for Harrison, and Samford made sure it met his needs.

“Not many schools Samford’s size were able to build both a performing arts center and theatre for its arts programs,” Hunt explained.

As a student at Howard College, he has fond memories of his professors and fun stories to tell. One came to mind, when he was caught in the middle of a space reservation dispute between the music and theatre department. As the young stage manager, he was pulling the curtain back and forth trying to please both parties.

Additionally, he and some classmates talked their way into studying abroad, when they realized they had a foreign language requirement and did not want to spend the summer in East Lake. They ended up in Paris. Interestingly enough, this foreshadowed Hunt’s pivotal role in Samford’s Daniel House in London. He was among the first group of faculty members to live there and was a strong advocate of the London Study Centre program. 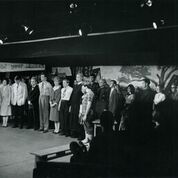 Hunt also remembers directing a young Tom Corts at Georgetown (Kentucky) College, where Corts gave such a memorable performance in the The Glass Menagerie that the president of Georgetown sent a note of praise to Hunt singling out Corts. Corts was later hired as the president’s assistant at Georgetown and later became Samford president. Hunt preceded Corts at Samford, but fittingly spoke at his inauguration when he became president.

When Hunt joined Samford, he was part of the speech and drama department. According to Kenny Gannon, director of Samford’s Wright Center and former Samford and Hunt student, “Mr. Hunt” created a safe space for expression at Samford.

Gannon added “Mr. Hunt is so well-respected and his students feel such a strong connection to him. He gave us a way to explore our talents and wanted anyone to be able to see the joy in theatre.”

Even though Hunt was thoughtful about the productions he presented, he was not immune to the occasional concerned patron. Two shows raised some eyebrows: Collections of Carl Sandburg and the professional production of Cotton Patch Gospel starring Tom Key, which ran for a month at Samford to sell-out crowds. This event was also a seedling of the programs and productions Samford Arts brings to the campus today.

Hunt retired in 1997, but he can be found most Fridays having lunch in the “Caf” with buddies and telling stories, continuing to support the School of the Arts.