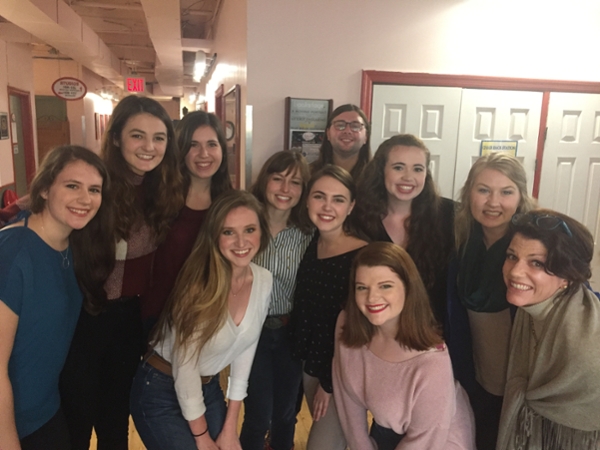 A total of nine students made the trip including seniors and sophomores. According to Nicholson, "What's great for the sophomores is that they can return the next two years and build relationships with the professionals they'll be auditioning for after they graduate should they choose to move to New York City." Additionally, the students had an open schedule outside of the intensive so they were able to soak up shows in the evenings and some of them stayed additional days to get coaching and take dance classes.

As part of their trip, the students met Samford theatre alumni in the area at an informal meet and greet. Nicholson hosted the event and said, "What a fantastic turnout. Our students made great connections." Not only did the gathering benefit the current students but an alumnus offered another alumna a potential theatre job opportunity for this summer as a result of the event. Thank you to these alumni who were able to attend: Carin Lagerberg, Jordan Lingreen, Megan Jackson, Neely Scott, Carrie Morgan, Jocelyn Lonquist, Jordan Bondurant, David Redman Scott, Evan Gunter, Christian Noojin, and Kelsi Adams.