Samford Department of Theatre and Dance 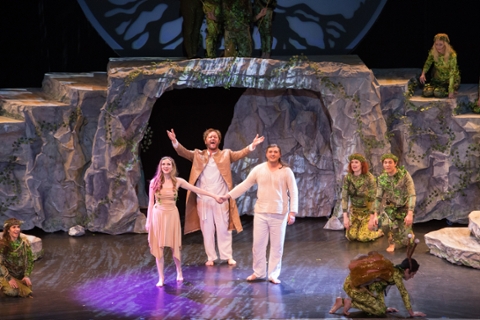 Samford Theatre celebrated a busy year with the annual Bonie Awards.  The theatre department featured more than 10 productions along with outreach and traveling performances during the 2017-18 season.  According to Mark Castle, “It was a tremendously successful year. We are so proud of the accomplishments of these students and blessed to have the opportunity to work with such a talented group.”

Thanks to our sponsors Mike and Mary Anne Freeman and Emma Taylor for their support of this wonderful season and we look forward to seeing you at Samford’s Theatre and Dance productions in the fall when we kick-off with the Alabama Premier of The Miraculous Journey of Edward Tulane September 28-30, which is part of the Emma Taylor Theatre for Youth Series.