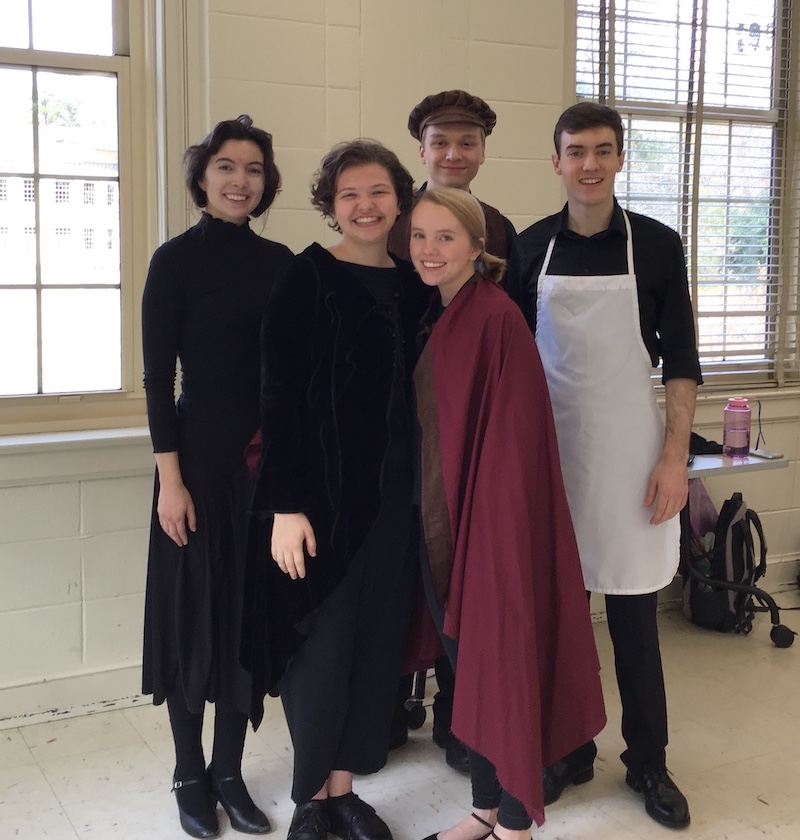 Samford’s Opera program is seeing additional success of its recent premiere of the new American opera, The Ghosts of Gatsby.  Additionally, current students have been selected to compete in the National Opera Association’s 65th Annual National Conference, "Opera Rocks!" Collegiate Scene Competition in Cleveland this January.

Samford’s Production of The Ghosts of Gatsby came in 2nd Place in the Division III section of the annual Opera Production Competition.  According to Opera Director Kristin Kenning, “This is a big deal for us. The production showcases our students as well as demonstrates the scope of our program that commissioned our very own opera.”

The opera, The Ghosts of Gatsby, won the Dominic Argento Chamber Opera Competition earlier this year, and as a result, Baldwin Wallace is presenting the opera at the national convention in Cleveland. Kenning noted, “This is a huge win for opera composer and librettist Evan Mack and Josh McGuire. It's pretty awesome that the opera itself is headlining the conference - Samford has changed the conversation with a new American opera about our Alabama native!” The Ghosts of Gatsby shares three versions of Zelda Fitzgerald as she struggled with mental illness.

Samford students have been invited to compete in the national competition for the past six years. This year, they are entered in the Musical Theatre Division of the Opera Scenes Competition.  Kenning said, “We’ll be competing with a scene from Into the Woods with these singers: Lydia Yates (musical theatre major), Grayson Johns (musical theatre major), Blake Mitchell (vocal performance), Madison Hablas (music education), and Savannah Bracewell (graduate vocal performance).”  Into the Woods will be performed this April at Samford as a joint production between opera and musical theatre students.  The trip is made possible for the students by the generous support of donors to the music program. According to Kenning, “We qualified by sending in a video of our scenes from our Opera Workshop scenes presentation last spring.  We're one of only 11 schools in the country that have been invited.”