Samford’s School of the Arts Mourns Loss of Faculty Member 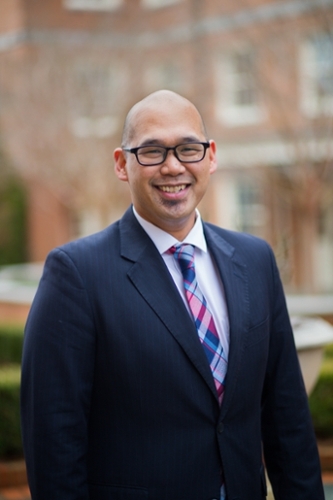 Dean Joseph Hopkins shared with the Samford community the untimely passing of Dr. Jovanni-Rey de Pedro, “It is with a broken heart that I write to inform our community of a great loss.  Our beloved Assistant Professor of Piano Dr. Jovanni de Pedro passed away Sunday, August 18 after becoming ill while traveling overseas.” Jovanni had just completed his first year on the Samford faculty.  He spent the summer traveling to multiple countries with his wife, Jeremy, performing in concerts, and raising money for his non-profit organization, Mélange.

In just a short time, Jovanni made a tremendous impact on his students and the Samford community.  According to Hopkins, “Just to offer a glimpse into the spirit of Dr. de Pedro, over the last few months he helped guide our first Elite Eighty-Eight piano concert with 10 grand pianos, launched a major campaign for new pianos in the Division of Music, established a piano lab at the Good News Children’s Education Mission in Kolkata (India), and raised funding for scholarships and operational costs to sustain music mission projects he had inspired in countries around the world.  He was a supreme virtuoso who was in demand across our nation and beyond.  He was a devoted teacher whose students will carry on his passion for using music to change society.”

At a recent faculty retreat, colleagues shared stories of Jovanni and his contagious spirit and enthusiasm for life.  His sense of humor and never-ending energy will long be remembered throughout the school.

He is survived by his wife and his family in the California area.  There will be a memorial service on Sat., Sept. 28 at 9:30 a.m. at St. Christopher's Catholic Church in West Covina, CA. A reception will follow directly after the service. The School of the Arts plans to celebrate his life in several ways throughout the year including proceeding with the piano event he initiated in the spring in his honor.