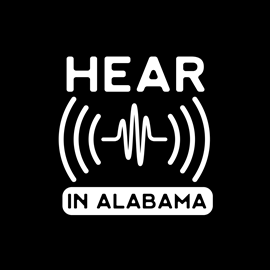 Assistant professor of musicology Beth McGinnis grew up hearing the rich sounds and stories of Alabama. Over the past few years, she has connected with Perry County and its school bands to provide unique experiences for Samford students to appreciate the cultural heritage in this community.

The Perry County Band Partnership — an ongoing initiative between Samford University School of the Arts’ Division of Music, Frances Marlin Mann Center for Ethics and Leadership and Perry County Schools - is a mutually beneficial university-community partnership aimed at teaching all students to learn more about the culturally-rich African-American music traditions by arranging and playing together with high school band students from the region.

Plans continue for this partnership. Over the summer, Samford provided the Robert C. Hatch band in Uniontown with 38 music appreciation textbooks and the neck parts for a sousaphone. Support from the Mann Center made this possible. Given the restrictions with COVID this year, interaction may be limited to virtual events.

Her research and enthusiasm for this area led her to a new initiative to share these sounds and stories with a wider audience through a podcast, Hear in Alabama.  McGinnis was awarded a grant by the Alabama Humanities Foundation to seed the project.

“I don’t think you have to have grown up in Alabama to experience the power of this music. The people I’ve interviewed definitely know what I mean. I think you’ll respond, as I have, to the spiritual nourishment this music provides. I think you’ll find a deep rootedness, a groundedness, a solid sense of place in these old music traditions,” McGinnis said.

Season One centers on Perry County, and the first two episodes are available now through Apple podcasts, Spotify and Stitcher. These two episodes feature musicians from Alabama and Brazil who share their ancestral history enduring slavery both in the United States and Brazil but surviving through “spiritual nutrients” in their old, vernacular music traditions. To be released the week of September 14, episode three will include Ms. Frances Ford, founding director of the non-profit organization Sowing Seeds of Hope, and Dr. Pilar Murphy, Samford pharmacy professor, about the music, history and people of Provewell Baptist Church in Sprott.  Episode Four tells the story of the Perry County Band Partnership. It includes conversations with band directors Issac Lanier and Tony DeVaughn, as well as Francis Marion School Principal Dr. Cathy Trimble.

In addition to her faculty position in the Division of Music in the School of the Arts at Samford, McGinnis is organist at Vestavia Hills Baptist Church. As an accompanist, her performing credits include Carnegie Hall, Santo Spirito in Florence, the Vienna Konzerthaus and Palais Ferstel, and Birmingham’s Alys Stephens Center, but her favorite musicians to accompany live right here in Alabama. She has published articles on music and the extra-musical and biographical articles for the New Grove Dictionary of American Music. She holds a Bachelor of Music in Piano Performance from Samford University, a Master of Music in Musicology from Texas Christian University, and a Ph.D. in Musicology from the University of North Carolina at Chapel Hill.