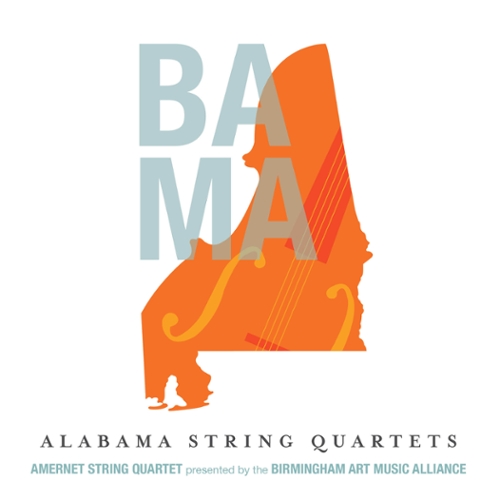 The new CD includes recordings of Mark Lackey's Quartet for Strings, Joel Davis’ String Quartet No. 1: Vespers, along with recent alumna Brianna Ware’s (’16) Ascension. The cover art is by Samford graphic design student Caroline Mangum, who participated in a graphic design competition to be included in the project. Mark Lackey played a pivotal role in bringing this entire project to fruition, which was a collaborative venture between the Birmingham Art Music Alliance (BAMA) and the Amernet String Quartet. Lackey has held numerous leadership roles in BAMA. The album is available at MSR Classics, Amazon, and all major streaming services.

“This double-album is a window into the world of fresh and sometimes surprising new chamber music that is happening right now in the state of Alabama,” Lackey said.

Davis highlighted the unique nature of the album. “To the best of my knowledge, this is the only album of its kind," he said. "While there are numerous albums that feature the work of Alabama-based musicians in genres such as jazz, blues, country, rock, soul, folk music, gospel music, and other styles, I'm not aware of any other albums (especially double albums) that feature contemporary works by Alabama composers for string quartet.”

Birmingham Art Music Alliance (BAMA) exists to promote music by Alabama composers, and to promote new music in Alabama. The relationship between BAMA and Amernet String Quartet began when BAMA co-sponsored, together with Birmingham Chamber Music Society, an Amernet concert at Samford University in late 2016. According to Lackey, “Once the members of BAMA heard this gifted quartet, we began a conversation with them about perhaps recording some of our work.”

Lackey and Davis emphasized the importance of professional organizations like BAMA.  “BAMA is a little gem of the arts scene in Birmingham, presenting a concert season and an annual festival of newly-written music by local composers,” Lackey said.

Both Lackey and Davis teach composition in the Division of Music at Samford.  Music faculty at Samford are active music professionals and provide students with insights into the music industry.  “I have recent and even current students who want to release an album, and I can talk from experience about some of the ways that it can be done, and some of the steps in the process.  More generally, I hope to impress upon other artists the importance of participating in professional organizations, and the value of building relationships and finding outlets for your creative work,” said Lackey.

The Division of Music offers degrees in composition, performance, music and worship, music education and commercial music along with several graduate programs.