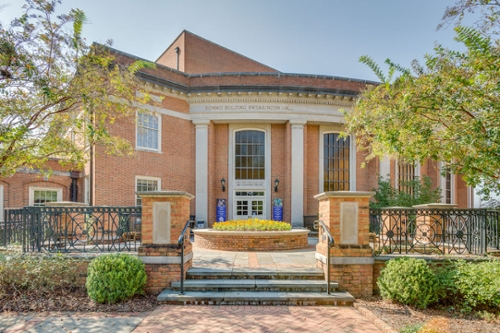 Samford’s Department of Theatre and Dance typically celebrates the end of its season and year with a star-studded event called the Bonies. Students dress in evening wear and gather in Harrison Theatre to honor their fellow students. Due to the COVID-19 crisis, many theatre events did not take place as planned.  The season was cut short and As You Like It, Into the Woods, One Act Play Festival and many underground productions were cancelled or postponed until next year. The Bonies, however, did take place virtually with faculty and students in attendance. It included heart-felt video dedications to seniors, annual faculty and student selected awards and creative honors for students in each class.

Chair of the Department of Theatre and Dance Mark Castle characterized the event and the end of this year, “This was an unexpected end to our year, but as always I am astonished and delighted at the work of our students and faculty. The creativity and resilience of our students is remarkable. A special thanks goes to Ashley Pope and Abby-Shelton Storey for putting this event together and helping us celebrate our year.”

Congratulations to all of the students who were honored:

Female in a Supporting Role in a Play- Kendall Fowler (Sylvia)

Best Female in a Supporting Role in a Musical: Emily Strickland (Abigail Adams- 1776)

Best Female in a Leading Role in a Play: Madison Merkel (Sylvia- Sylvia)

Best Male in a Leading Role in a Play: Matthew Murray (Sylvia)

Best Female in a Leading Role in a Musical: Anna Medley (Benjamin Franklin- 1776)

Best Male in a Leading Role in a Musical: Bradyn Debysingh (John Adams- 1776)