Don Rankin, A Towering Man of Talent and Faith 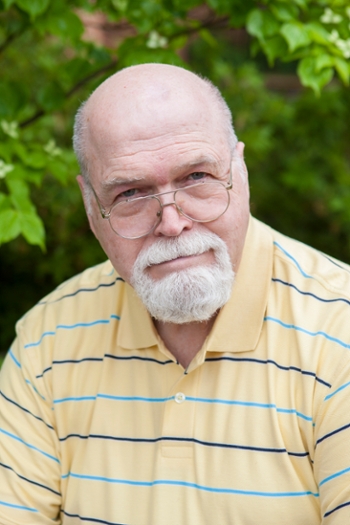 Former art professor Joseph Donnie Rankin (Don) passed away on July 17, 2021, after a long battle with heart disease. He taught art at Samford University for over 2 decades, published 5 books of his work, was a 2nd degree black belt and proudly served his nation in the United States Navy and Army.

As a seasoned artist, his work was featured in galleries across the United States. His most recent book, Back Roads and Memories, a compilation of his works and contemplations, included 300 special editions to support a scholarship in honor of his friend Mary Ann Culotta, also a former professor at Samford. According to Rankin, “I felt called to honor Mary Ann. She inspired and supported so many artists in our community.” The scholarship is available to students pursuing a degree in studio art at Samford.

Rankin’s art focused on watercolors and egg tempera. When asked what advice he would give to young artists, he responded, “Listen to your inner voice and make sure you know what you are doing. Art is problem solving and it is about the nitty gritty of that process.” He taught art at Samford from 1991-2014. Reflecting on his tenure at Samford, he said, “It was rewarding to have a student really catch fire.” Recent graduates will remember his watercolors on the cover of Samford commencement programs.

His dedication to his work is evident in some of the national and international recognition that he received. In 1973, at only 29, he was one of the youngest artists to be included in Who’s Who in American Art.  More recently, he received The Marquis Lifetime Achievement Award for art and art education in 2017. His work has been featured in numerous magazines and publications and his books have been called “authoritative” in the art world.

Dean Joseph Hopkins remembered him as “a towering man of talent and faith.  It was impossible for Don to separate heart and paintbrush, and he was a living example of Christ in our midst.”

The School of the Arts has a supply of signed copies of his book, Back Roads and Memories. Please contact Julie Boyd at jboyd10@samford.edu if interested in purchasing a book in memory of both Don and as a contribution to the Mary Culotta art scholarship.