Russell Hedger, One of the Great Heroes of Samford’s Music History 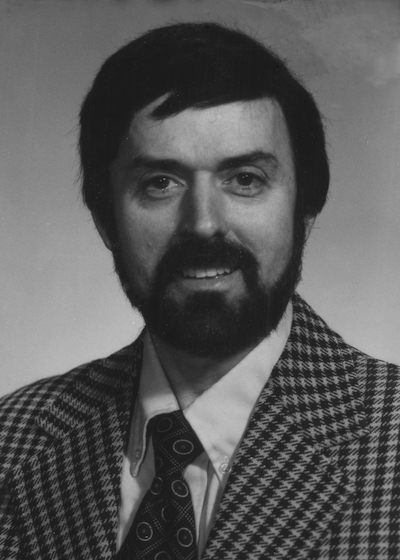 “Samford has enjoyed a celebrated reputation in the Southeast and across the nation with regard to our voice area.  At the heart of this reputation is Russell Hedger who prepared generations of singers who perform, teach and minister in places of distinction and leadership.  He is quite simply one of the great heroes of Samford’s history,” said Joe Hopkins, dean of the School of the Arts.

At 96, Russell passed away this summer.  He spent 30 years teaching voice at Samford and retired in 1995.  He led the voice area, teaching voice, diction, vocal literature and pedagogy while maintaining an active career performing.  He was a guest performer with the Birmingham, Louisville, and Chattanooga Symphonies.  He was a soloist with the Kentucky Opera Association, Opera at Tanglewood and the Opera at the University of Alabama.

“More than just a voice teacher, Russell was one of the kindest, gentlest people I have ever known.  Few people know that Russell was an artist and loved to write limericks. He was also an avid gardener,” said Kenny Gannon, a former voice student. Gannon also shared that Russell had served in the army in World War II and fought in the Battle of the Bulge.

In 2011, Samford hosted a concert featuring former student Gran Wilson and many tributes were recorded at that time. Words such as “exceptional” and “committed to his students” were echoed by many of the contributors including three former deans, Gene Black, Milburn Price and Claude Rhea.

He is remembered fondly by the many students he taught and the Samford community. “Russell Hedger was the type of voice teacher and person that we all aspire to be. He gave 100% of his time and effort to his students, whether they be his best or his weakest and they loved him for it. He simply loved teaching singing and shared this love with his students. Russell was constantly striving to be a better singer and teacher. He was a lifelong learner. He will be missed and remembered by those of us who were fortunate to know him,” said retired music faculty Randall Richardson.

A service to celebrate the life of Mr. Hedger will be held at a later date.