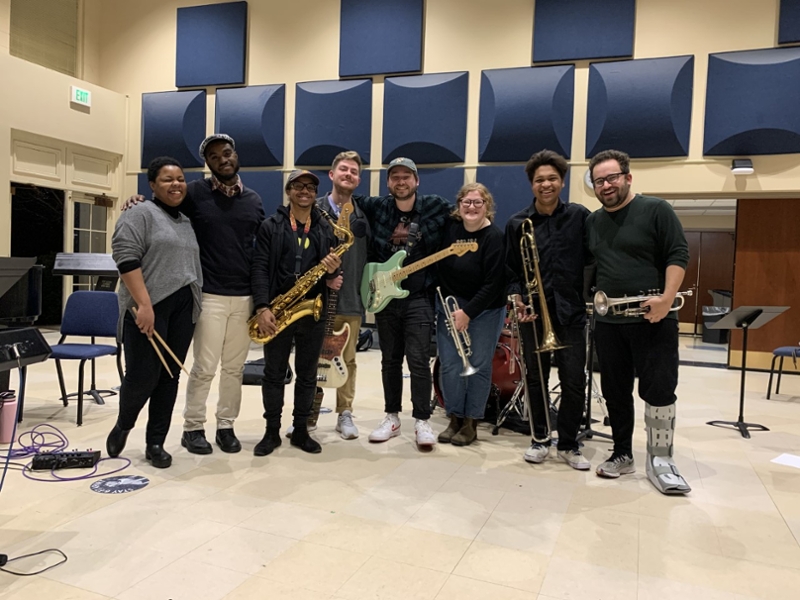 According to Joiner, “Queen City Avenue is a jazz fusion band inspired by the likes of artists Snarky Puppy, Cory Wong, Chick Corea, Chuck Mangione, and countless other jazz legends. Jazz fusion is a style that allows us to have a flexible sound inspired by other genres, blending it together to have a complex yet accessible sound, all held together by tight grooves.”

The band started as a recording project but soon developed into a full band.  The Samford members had all played in the Samford Jazz Band under the direction of Grant Dalton and had enjoyed being a part of multiple ensembles while on campus.  “I’m so thankful that I was brought into contact with such amazing musicians at Samford,” said Joiner.

“I always love to see my jazz band folks go on to do great things. We have recent alums who have had immense success with their musical compositions, and we’ve had other go on to great performing careers. This is an opportunity for both of those things as Kerry is a very accomplished composer and percussionist, and he’s put together a group of talented musicians/friends who share his vision. I can’t wait to see what this group accomplishes,” said Dalton.

Their first single, titled “Actually…” is dropping today on Spotify, Apple Music, and all other streaming services, and another single as well as the full album, titled “The Vibe Diatribe” will be coming later this year.