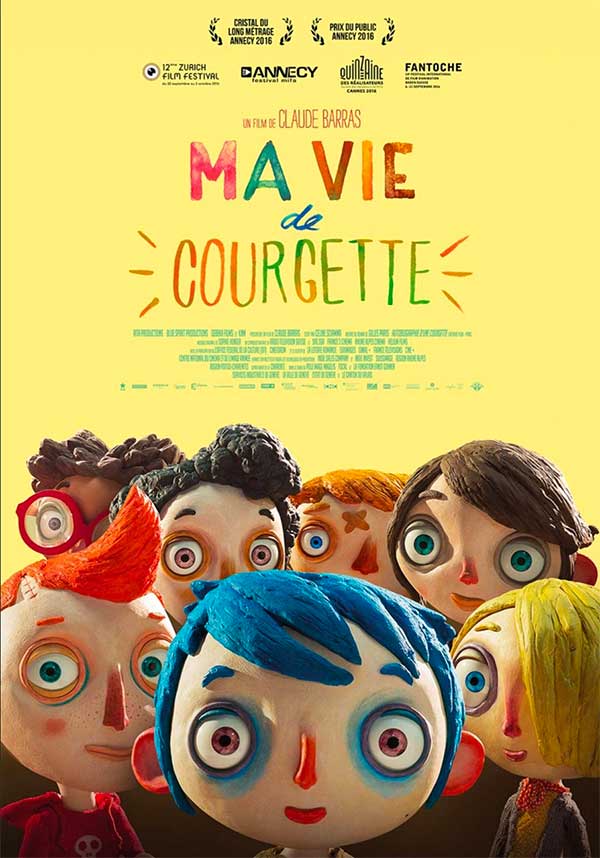 Ma Vie de Courgette, one of the festival selections

Samford University will present six free films Nov. 5-19 as it hosts the annual Tournées Film Festival for a third year. Samford French professor Heather A. West, Director of the university’s Critical Languages Program, secured the nationally-competitive collegiate grant from the FACE Foundation, which supports French-American Cultural Exchange in Education and the Arts, for the acquisition and screening of six recent French-­language films on campus during a period which includes National French Week and International Education Week. The festival is made possible with the generous support of the Cultural Services of the French Embassy in the U.S., Centre National du Cinéma et de l’Image Animée (CNC), the French American Cultural Fund, the Florence Gould Foundation and Highbrow Entertainment.

The Tournées Film Festival uses an interdisciplinary approach to grow and broaden the audience for French cinema, including students who are not studying French or who are not familiar with French culture. Since 1995, more than 600 American colleges and universities have hosted the festival, reaching more than 500,000 students and community members.

This year, Samford’s Department of World Languages and Cultures is partnering with the Samford University Film Club, the Samford Office of Diversity and Intercultural Initiatives and Delta Xi Phi Multicultural Sorority, Inc. to host post-film discussions.

All screenings will be in Samford’s Christenberry Planetarium unless otherwise noted.

I Am Not Your Negro
Nov. 19, 3 p.m.
English
Sponsored, in part, by the Samford Office of Diversity and Intercultural Initiatives and Delta Xi Phi Multicultural Sorority, Inc.

One Samford convocation credit is available for the Nov. 5 film. All other films offer two credits.