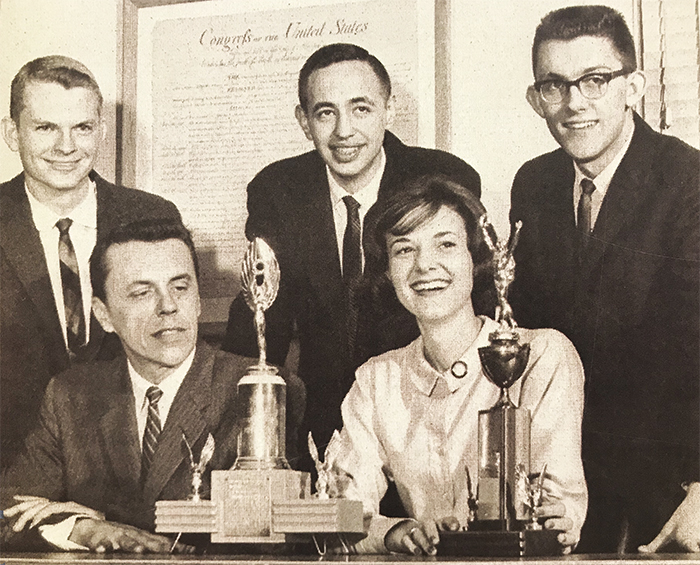 Allan “Al” Yeomans, a beloved member of Samford’s faculty from 1954-1968, founded the university’s communication studies program and its still-thriving debate team. At the time of his death in 2010, generations of his students were contributing to a scholarship in his honor.

Parker said the scholarship originated with a 1996 reunion of Yeomans’ students, at which the honoree wondered why his Samford students seemed to be “a cut different” from any others he had taught. “It is because you came into the classroom with a wide kind of open heart,” he decided, “and you let us into your whole lives.”

The communications studies program invites alumni and friends to help support that unique and transformational relationship by making gifts to the Yoemans Scholarship fund. Give online or contact Stacy Gay at (205) 726-2174 or sgay@samford.edu.