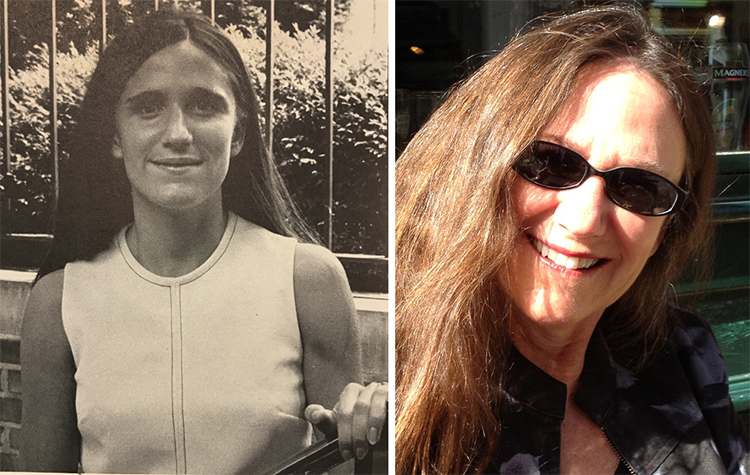 Alumna Carolyn Johnston at Samford in 1970, and as a professor at Eckerd College

Samford University history alumna and Eckerd College professor Carolyn Johnston ’70 enjoys the unique distinction of earning all of her college’s top faculty awards. Her John Satterfield Outstanding Mentor Award, presented in May, joins the John M. Bevan Teaching Excellence and Campus Leadership Award, the Lloyd W. Chapin Award for Excellence in Scholarship and the Arts, and the Robert A. Staub Distinguished Teacher Award.

Johnston earned her Ph.D. at the University of California at Berkeley and went on to join the faculty of Colorado College and then Eckerd College, where she is Professor of History and American Studies, and the Elie Wiesel Professor of Humane Letters. She is the Pulitzer Prize-nominated author of five books, and has received both a Woodrow Wilson Fellowship and a Danforth Fellowship.

Johnston was part of a close-knit group of students and faculty who worked for racial justice at Samford, in the neighboring Rosedale community, and in the greater Birmingham area during the Civil Rights movement. She remains deeply engaged with human rights through her research, writing and teaching on issues of gender, ethnicity and political radicals. The Wiesel Professorship, which Johnston has held since its creation in 2008, is dedicated to inspiring each new generation of Eckerd students to consider seriously the core values that sustain the good life, a just society and hope for the future.