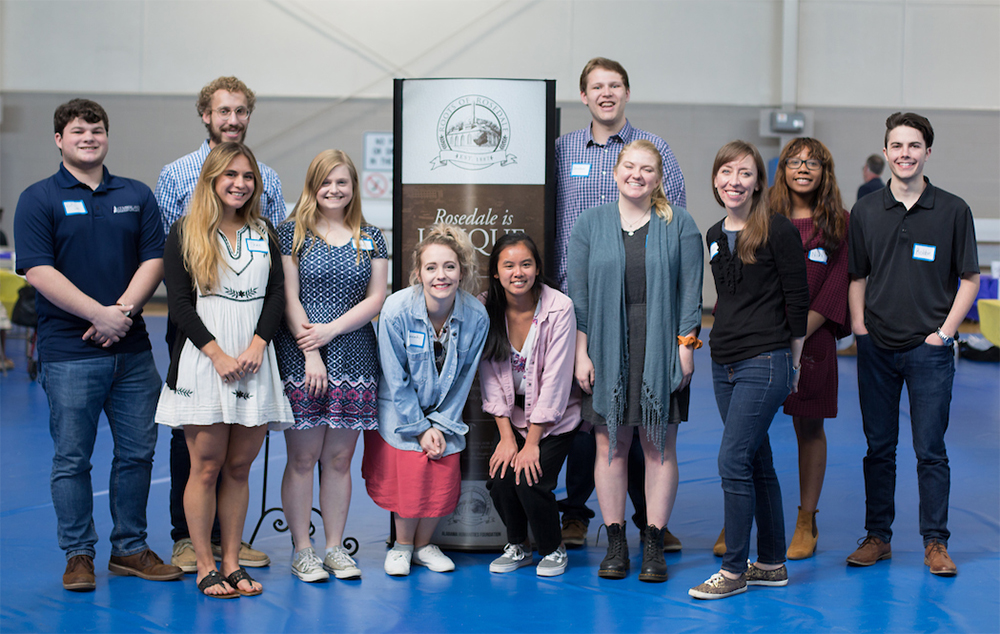 Samford organizers and volunteers at the Rosedale History Harvest Event

A Samford University student research project has created rich new online resources to help preserve the history of Rosedale's predominantly Black community near the university’s campus. The project stretches from the community’s 19th-century origins to the present and gives special attention to the Rosedale School.

“The project also explores the effects of school integration on the Black neighborhood, and shows the increased movement of individuals away from Rosedale to pursue new opportunities,” said Samford history professor Annie DeVries, whose students developed the project.

Informed by the community and inspired by a University of Nebraska model, the Preserve, AL group organized a “history harvest” at Rosedale’s Lee Community Center to record oral histories and digitize local photos, deeds, family items, yearbooks, church records or anything else important to the Rosedale story.

“Whatever the community brings forth, we’re interested, because we want what we’re doing to reflect the legacy that they believe Rosedale shares,” history major Robbie Nikont said at the event.

Niki Brooks, a senior finance major and political science minor, volunteered to work at the history harvest because she recognizes that the story of Rosedale’s past, as told by the people who lived it, has implications for how the community responds to current concerns about encroachment and gentrification.

“History should be part of how we shape policy,” Brooks said. Without hearing directly from Rosedale residents, she noted, her only knowledge of the community would have come from records that the harvest revealed to be incorrect or incomplete. “Getting as close as possible to the objective truth is always good,” she said.

“I was honestly touched by how many people wanted to see the finished project and how many individuals validated the importance of documenting such a critical piece of often-overlooked history,” Corey said. The experience also encouraged her to pursue her academic and professional dreams. “When I first started the Rosedale project, I had just gotten my feet wet in the world of public history.” Now, she said, she has been accepted into the public history master’s degree program at American University in Washington, D.C., where she will focus on community history, oral history and digital archiving, with hopes of someday working for the Smithsonian museum system. “Being able to complete the Rosedale Memory Project had a huge influence on me not only as a student but as a growing professional,” Corey said.

The experience also created new insights and opportunities for DeVries, who was named a 2019-2020 faculty fellow of Samford’s Francis Marlin Mann Center for Ethics and Leadership. Her proposed project for the fellowship is to revise her Digital History course to make it as useful as possible for students and community partners alike.

“My hope,” DeVries said, “is to build lasting community partnerships that allow Samford faculty and students to use digital tools to make the histories of underserved communities more visible and accessible.”