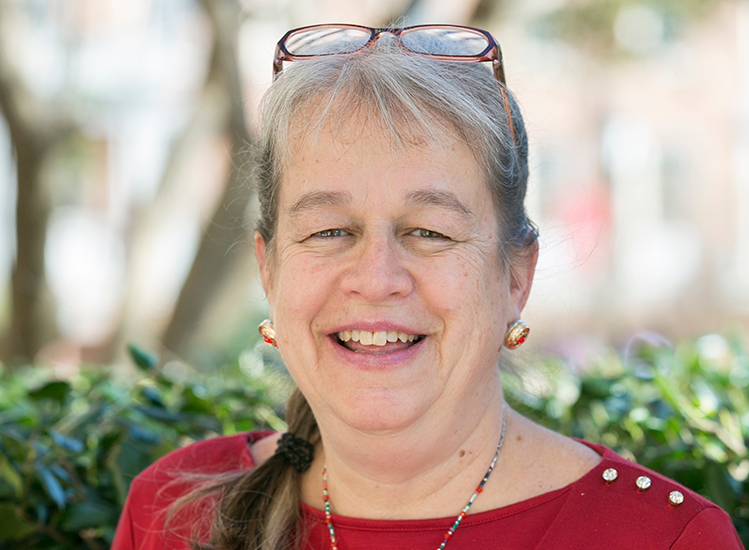 Williams joined AJHA more than 25 years ago, and has been one of the organization’s most active and dedicated members. She served on the board of directors from 1999-2001 and was the AJHA president in 2008-2009. She served as the host for the 2009 convention in Birmingham, Alabama. She also chaired the Publications Committee from 1997-2006 and served on the Dissertation Award Committee from 1998-2003.

David Sloan, who nominated Williams for the award, wrote that her work in media history and her contributions to the AJHA comprise exactly the type of record that the Kobre Award was established to recognize. “She is a truly outstanding historian, and hardly anyone in the history of the AJHA has contributed more than she has,” Sloan said.

Williams is the author or co-author of seven books, including four that began as AJHA conference research papers. “It’s so gratifying that my work counted so much and made such a difference,” she said. “I’m so touched that my work with AJHA was the spark that gave rise to my books, and that my books gave rise to this award.”

Several AJHA past presidents and Kobre Award winners wrote letters supporting Williams’s nomination, noting her excellence in research, service and teaching. They also cited the numerous public speeches and performances Williams has given based on her historical work. “From 1997, the year she won the AJHA’s first doctoral dissertation prize, to the present, Dr. Williams has shown great enthusiasm for making the fruits of journalism history available to a wide audience,” Maurine Beasley wrote.

Those supporting Williams’s nomination also mentioned her dedication to the AJHA Southeast Symposium, an annual winter conference for student research. Many of the Samford students she led to the conference won awards and had their work published in AJHA’s student research journal, the Southeastern Review of Journalism History. “She is a skilled and innovative teacher who has conveyed her love of history to her students through teaching them how to undertake and successfully complete significant research projects,” wrote Southeastern Review editor Debbie van Tuyll.

AJHA Service Awards Chair Tom Mascaro said the effusive praise for years of service by so many past Kobre winners is a testament to the esteem AJHA members hold for Williams. “Julie is being welcomed into an exclusive club holding the most demanding admissions criteria,” Mascaro said. “She has shown to be selfless in giving her time, talents, and expertise to history, cultivating others’ careers, outreach to the larger community, and with a demonstrative personality that inspires others to do good for the field.”