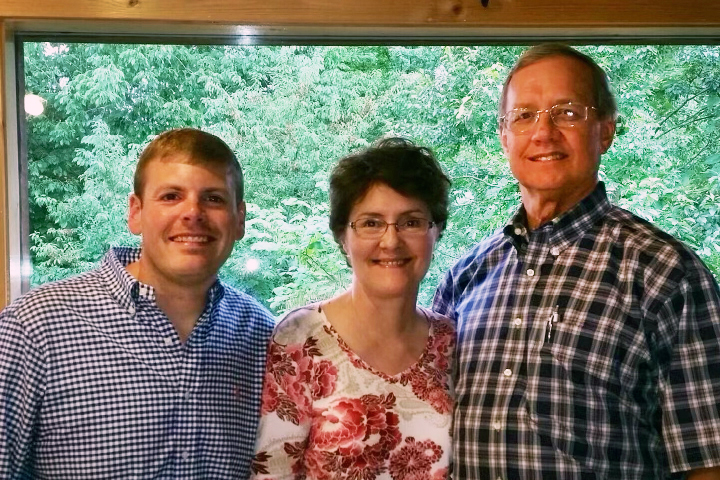 Samford University’s new Flynt-Clapp Study Abroad Endowed Scholarship shares with new generations of students the transformative international experiences of alumnus J. Matthew Wilson ’05, ’09. Wilson, an undergraduate business administration major who also went on to earn J.D. and M.B.A. degrees at Samford, became an enthusiastic advocate for one of the oldest of the humanities disciplines–study of the ancient world. He traveled to Italy in 2003 as a student in the first Eternal Rome course, created and led by Samford classics professors Shannon Flynt and Doug Clapp. He returned with them at the first opportunity, and is the only student ever to travel with them twice.

Wilson was so deeply moved by the way his professors brought to life the world of the ancient Romans that he hoped to someday establish a scholarship to help other students experience the culture as he had, through the eyes of his scholar-guides. “Matthew said that no amount of reading about these cultures could have taught and enriched his understanding of and respect for these people and cultures like experiencing them firsthand,” said his father, Samford alumnus and former major gift officer Ron Wilson ’76.

When Matthew died in 2018, Ron and Jody Wilson found in an unexecuted draft of their son’s will his idea for a travel scholarship. “Jody and I determined then that we would make this happen on his behalf,” Ron Wilson said. “We feel confident that the funds will enrich and open students’ lives to a broader world for years to come, just as Matthew had hoped.”

The scholarship the Wilsons established will help defray the cost of travel for students studying ancient Rome or Greece in Samford’s classics courses. Recipients need not be classics majors. They, like Matthew Wilson, can simply be curious about the profound and lasting influence of the ancient world.

“Matt Wilson was a magnificent person who is greatly missed,” Clapp said. “I am deeply moved by the choice of Ron and Jody Wilson to honor their son by helping future Samford students follow his footsteps exploring the ruins of ancient Rome. He was a wonderful travelling companion who made the most of all that Italy, old and new, had to offer.”

Hundreds of Samford students have explored the ancient world with Samford classics professors. They and others who wish to share those experiences can support the Flynt-Clapp Study Abroad Endowed Scholarship by making a gift here.