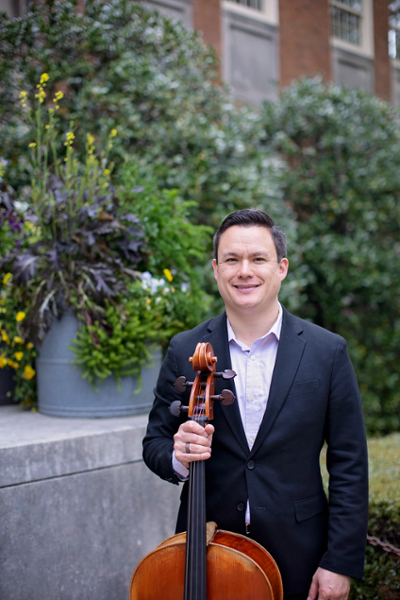 Samuel Nordlund is cello and chamber music faculty at Samford University in Birmingham, AL, where he is also cellist in the Samford Quartet.  He frequently performs with the Alabama Symphony Orchestra, and has been a member of the Huntsville Symphony, Kalamazoo Symphony (MI), and Illinois Philharmonic, among others.  Samuel is Immediate Past-President of the Alabama Orchestra Association, and serves on the faculty of STEP Birmingham, the Alabama School of Fine Arts, Samford Academy of the Arts, and the Samford Piano and Chamber Music Institute.  He earned his DMA from The University of Alabama, a MM from Northwestern University, and has additional studies at summer festivals including the Music Academy of the West, the Meadowmount School of Music, the Kent/Blossom Music Festival, and the Brevard Music Center.  Primary teachers were Hans Jørgen Jensen and Carlton McCreery.

Prior to moving to Alabama, Samuel was a member of the Civic Orchestra of Chicago, and a substitute player with the Chicago and Milwaukee Symphony Orchestras.  He also served as Assistant Director of Performance Activities at the Music Institute of Chicago.  For several summers, he taught cello and directed the Early Music Ensemble at the Lutheran Summer Music festival.  He is a previous Music Director of the Metropolitan Youth Orchestras of Central Alabama, and currently serves on their Board of Directors. Samuel and his violinist wife, Caroline, started the Encore Birmingham Strings Camp in 2018.  They have two gregarious children – Annelise, age 7, and Henry, age 1.