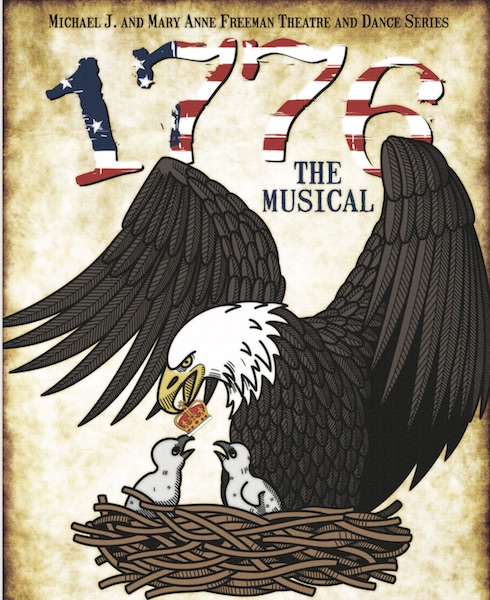 When assistant professor of Musical Theatre Chelsea Nicholson began planning her direction of the beloved Founding Fathers musical 1776, she knew she wanted to cast nontraditionally.

“I really wanted us to look at this piece through current Americans and young Americans because they do have a voice and they’re finding their voice in college,” Nicholson said.

The musical, which runs Nov. 21-24 at Harrison Theatre, tells the story of the Continental Congress and the signing of the Declaration of Independence. It’s a show Nicholson has always been interested in. First introduced to the production in high school, it made such an impression that she always had it in the back of her mind as a dream project. Traditionally cast, the show on Broadway is made up of 24 men and two women.

“I wanted the cast to get to explore these strong historical figures through the lens of being a woman or a person of color and what that means today. Looking at Congress today it is still 80% men, 20% women and I wanted to flip that in the casting,” she said. “So they’re still playing male characters, but we’ve got 80% women and 20% men in this play.”

In casting at Samford, she saw an opportunity to challenge the students vocally and academically. To prepare for the roles, Nicholson and the cast discussed and researched their characters, current events today, the Revolutionary War, and Congress. Nicholson also audited an early American history course in Howard College of Arts and Sciences.

“We’ve all been encouraged to make choices and be bold because these men were bold,” junior Anna Medley, who plays Benjamin Franklin, said. 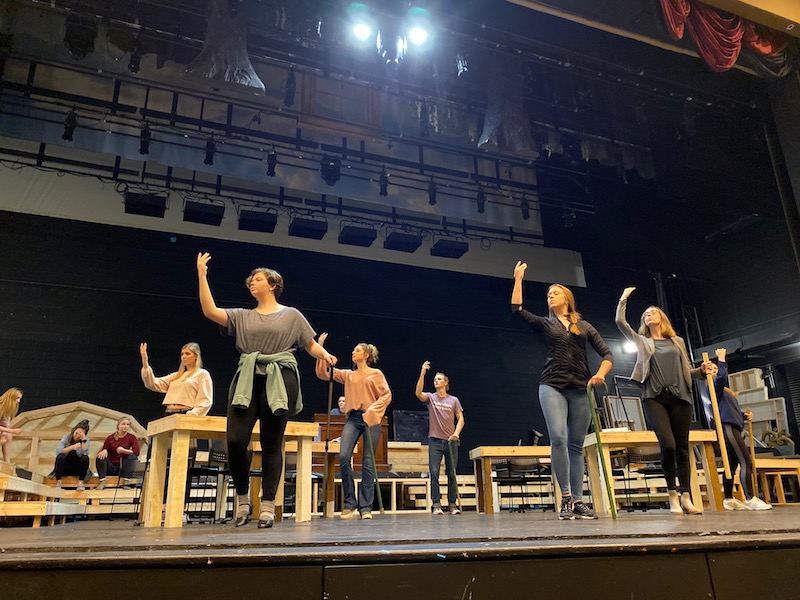 The method of casting is also reflective of what students may find if they pursue theatre professionally.

“In the professional world, people are really starting to bend the lines of what casting looks like,” she said. She cited the popular Broadway musical, “Hamilton” and recent castings in other long-time favorites like Oklahoma and To Kill a Mockingbird.

While she’s been inspired by the work of her students as they prepared for this musical, Nicholson hopes the play will also have a lasting effect on the audience.

“I would hope they would walk away having a sense of pride for our country, but also asking, ‘What can I do to make things better in my circle of friends and in my community?’ she said.

1776, the musical is part of the Michael J. and Mary Anne Freeman Theatre and Dance Series which is celebrating its 10th anniversary year.  Spring events will include the Dance Concert in February and As You Like It  in March.