Samford Faculty Make Their Mark Both In and Outside the Classroom 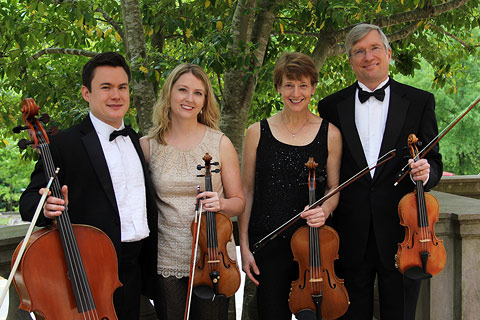 Samford’s School of the Arts faculty are performing artists who enjoy successful careers both on and off campus. From releasing new CDs to performing on stages across the globe, our faculty members are contributing and demonstrating to our students how to be successful using their unique gifts. This is a sampling of some of the recent projects.

Associate Professor of Voice Brad Diamond just performed at St. Martin in the Fields in London and also took part in the Aspen Music Festival this past summer with Seraphic Fire, Florida’s Grammy nominated vocal ensemble. Diamond has been a leading member of this group for ten seasons. Mark Lackey was in Brazil this month to hear his work performed by one of the national orchestras of Brazil at the 2019 São Paulo Contemporary Composers Festival.

New commercial music faculty Stephen Potaczek recently produced Flags, a single with The Project in Indianapolis which highlights the continuing tragedies caused by gun violence. He is a producer and recording artist and brings commercial production experience to our students.

Our Samford String Quartet released a new CD, Sacred Music which is soon to be available at the Samford Bookstore. The Samford Quartet is comprised of Jeffrey and Angela Flaniken and Caroline and Samuel Nordlund. Dean Joseph Hopkins is also featured as a vocal soloist on original compositions by Dr. Joel Davis. The quartet performs regularly throughout the Southeast and made its Carnegie Hall debut in 2016.

Clarinetist Brian Viliunas is now represented by Parker Artists.  He is the principal clarinetist for the Arizona Opera and performed at Clarinetfest this past summer.

Art Professor Larry Thompson is currently part of an exhibit at Space One Eleven gallery in Birmingham. This project is supported by a grant from the Alabama Humanities Foundation, a state partner of the National Endowment for the Humanities. Lauren Evans’ video work is included in an exhibit in Dublin, Ireland and Stephen Watson’s art is on display at Pittsburg State University until Oct. 18.

Musical theatre faculty Chelsea Nicholson will have the leading role in Cabaret in early 2020 at the Virginia Samford Theatre in Birmingham.  She is directing our students in the musical theatre production of 1776 in late November.

J.D. Payne with our Christian Ministry Department has published numerous books and has a podcast Strike the Match that has published over 60 programs devoted to matters of missions, innovation and leadership.

Learn more about our faculty at Samford.edu/arts.