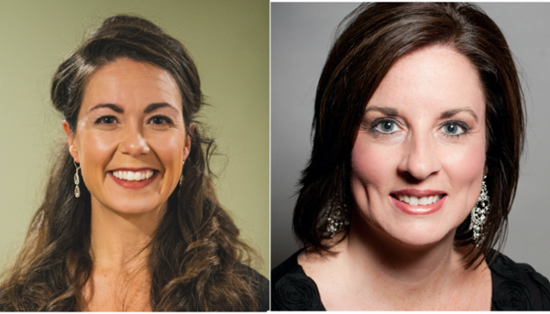 The Division of Music in Samford’s School of the Arts announced the addition of Morgan Soja and Cindy St. Clair to the faculty. Soja was appointed assistant professor and director of the music education area.  She comes to Samford from Gardner-Webb University in North Carolina where she taught general, secondary, string, and woodwind methods courses, supervised teaching internships and student teaching placements, directed the University Chorale, and advised music education majors. While completing her masters and doctoral degrees at the University of North Carolina at Greensboro, Dr. Soja taught undergraduate courses, supervised internships, and assisted in conducting research for the Music Research Institute.

Soja said of her new position, “A huge factor in my decision to come to Samford hinged on how faculty, staff, and students interacted. It was clear that students were ‘plugged in’, wanted to be here, and excel at their craft. The faculty showed through every conversation that care for the students was central.”

A Samford alumna and recent adjunct at Samford, St. Clair joins the Division of Music as visiting assistant professor of piano. According to Associate Dean of the Division of Music Eric. L. Mathis, “Cindy has been influential in guiding our piano pedagogy and class piano programs. She will continue that work this academic year alongside second year faculty member and area director of keyboard studies, Dr. Jason Terry.” Her career began with 16 years in the legal field prior to pursuing her degrees in music and served as the chair of the Department of Music at Judson College where she received the Mary Gibson Thompson Teaching Award for excellence.  She has performed in the United States and abroad as a soloist and collaborator.

Mathis expressed enthusiasm for these new team members, “Both Soja and St. Clair bring excellence to our program. I know our students will enjoy working with them and they complement our community so well. The Division of Music has historically been known for fine instruction in music education and piano, from faculty such as Paul Hall, Moya Nordlund, Betty Sue Shepherd, Don Sanders, Ron Shinn, and Kathryn Fouse. We are delighted that these individuals are joining us to further the legacy of training musicians and educators for the twenty-first century.”