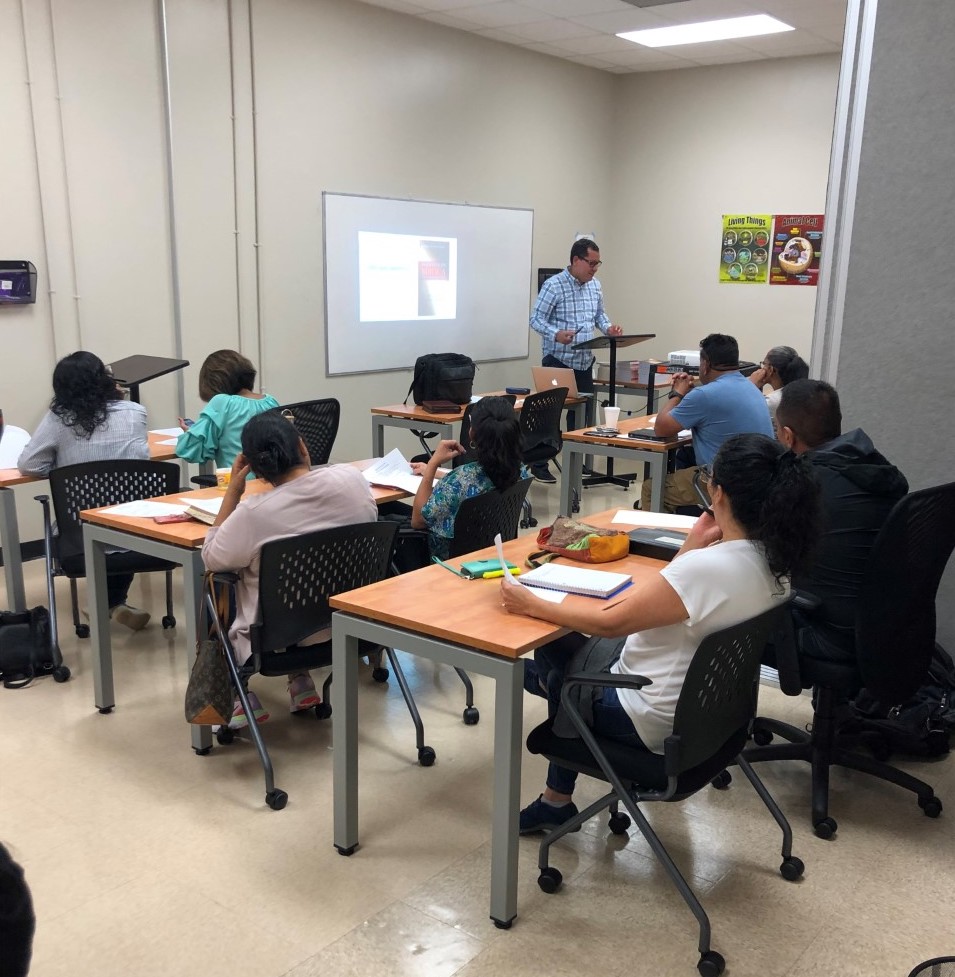 After a conversation between Kevin Blackwell, director of MTI and Brian Harper, lead church planting strategist for the Alabama Baptist State Board of Missions, it was evident there was a need to provide services to the Hispanic community.

“The state convention is seeking to plant new Hispanic churches but are in need of pastors and church leaders who have been equipped and trained,” said Blackwell. He also noted that local churches like Dawson Memorial Baptist Church contacted him for the same purpose. “They also have a vision for strategic church planting among the Hispanic community and sought a partnership with Samford to assist them in theological and ministry training.”

“Currently there are 52 million Spanish speaking people living in the United States. The United States is the second largest Spanish speaking country in the world following Mexico. From a biblical perspective the Lord is gathering many of the nations of the world at our doorstep and in many cases teaching them our language. Samford’s MTI program is providing theological education to both current and future Hispanic church leaders,” said Ben Hale, Evangelism and Missions Pastor at Dawson Memorial Baptist Church. “Rarely have these leaders had the opportunity for this type of training previously. As Hispanic churches are planted and grow in our community the need for trained church leaders will increase.”

According to Blackwell, there is a desire within Hispanic communities to seek educational opportunities in their language, but often these are difficult to find. He says he does not want language to be a barrier that keeps people away from theological and ministry education, and most importantly, an opportunity to grow spiritually.

“Our highest goal is the training of pastors and ministers, but that does not mean we desire to limit our extension courses only to those who are called to serve a church in these capacities,” said Blackwell.

MTI translated the first eight diploma courses into Spanish and training is done by Hispanic instructors. MTI has three partnerships including Dawson Memorial Baptist Church, which has offered its Learning Center location for a classroom and is providing logistical support. The second partnership is with Christ Our Hope Baptist Church in Bessemer. This partnership was possible through state missionary Brian Harper, whose Father Harry Harper, former IMB missionary, is the founding pastor. The third partnership is with Samford alumnus Scott Carter ’94, Missions Pastor of Celebration Baptist Church in Tallahassee, Florida.

MTI plans to continue to nurture these relationships and expand its Hispanic extensions to other parts of the southeast. From its inception, the institute has sought to make theological and ministry training accessible and affordable to as many people as possible.

“This year marks its 75th anniversary, so it seems fitting to me that we would begin a new chapter of the historic work of this area,” said Blackwell. “ Last year, God began to burden my heart for underserved areas and the need for Samford to bring hope, love and encouragement to areas that need a touch. Annually, the university invests in our program for this very purpose."

Blackwell says another goal is to offer more educational opportunities to those in prison. For several years MTI has offered courses to the inmates of Aliceville Federal Correctional Institution and began a new site at the South-Central Correctional Center in Clifton, Tennessee this fall.

“Dr. Taylor has made ‘hope’ the theme of this academic year, and in a dozen small ways the Ministry Training Institute is giving hope to people from all walks of life,” said Blackwell.