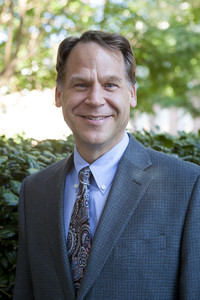 When Bruce Waldrop took a job to make some money, he didn’t realize it would lead to a career. “Originally being a hotel and restaurant management major at UAB, I got a job as a pharmacy technician to help pay the bills. I became fascinated with pharmacy and decided to change majors. I applied only to Samford and was fortunate to be admitted to the program. Part-time work as a tutor in my pharmacology course prompted me to consider pharmacy academia,” he said.

In 2003, Waldrop received the opportunity to come back to Samford and teach at McWhorter School of Pharmacy. He has been honored with teacher of the year, most effective lecturer and best lecturer awards for his hard work. “I couldn’t be happier with my Samford education and all the great students that I am able to interact with everyday,” he said.