Merck Grant to Samford and UAB

Published on April 9, 2015 by William Nunnelley   Share this on: 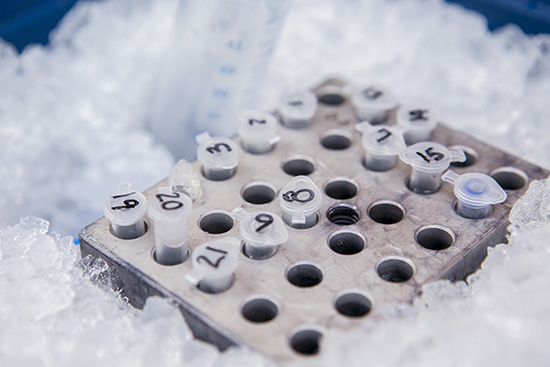 Samford University pharmacy professors Terri Wensel and Michael Hogue have received a grant from Merck, Sharp & Dohme Corp. for a project to increase vaccinations for adults at high risk of developing pneumococcal disease.

The grant of approximately $117,000 was awarded to the University of Alabama at Birmingham and Samford to work together on the project.  Samford’s McWhorter School of Pharmacy received approximately $40,610 for its portion of the project.

“According to the Centers for Disease Control and Prevention, pneumococcus is the most common cause of bloodstream infections, pneumonia, meningitis and middle ear infections in young children,” said Hogue.  “Adults with chronic conditions like asthma, diabetes, sickle cell, cardiovascular disease and others are considered high risk.”

Investigators from UAB and Samford will work together to design and test the effectiveness of two approaches to increasing vaccinations, working with a group of independent community pharmacists.  The 18-month project seeks to increase the number of vaccinations for adults age 19-64 at high risk of developing pneumococcal disease.

Wensel explained the role of the pharmacists in the project.

“We are conducting interviews with a group of independent pharmacists to determine their perspective on the use of pneumococcal vaccine, their role as an immunizer and vaccine advocate, and to determine what barriers they perceive their patients face and barriers they face as immunizers as well,” she said.

“We want to see if providing different levels of education makes a difference with the immunization rates,” she said.