Advancing Alzheimer’s Research Through the Lifespan of a Fruit Fly 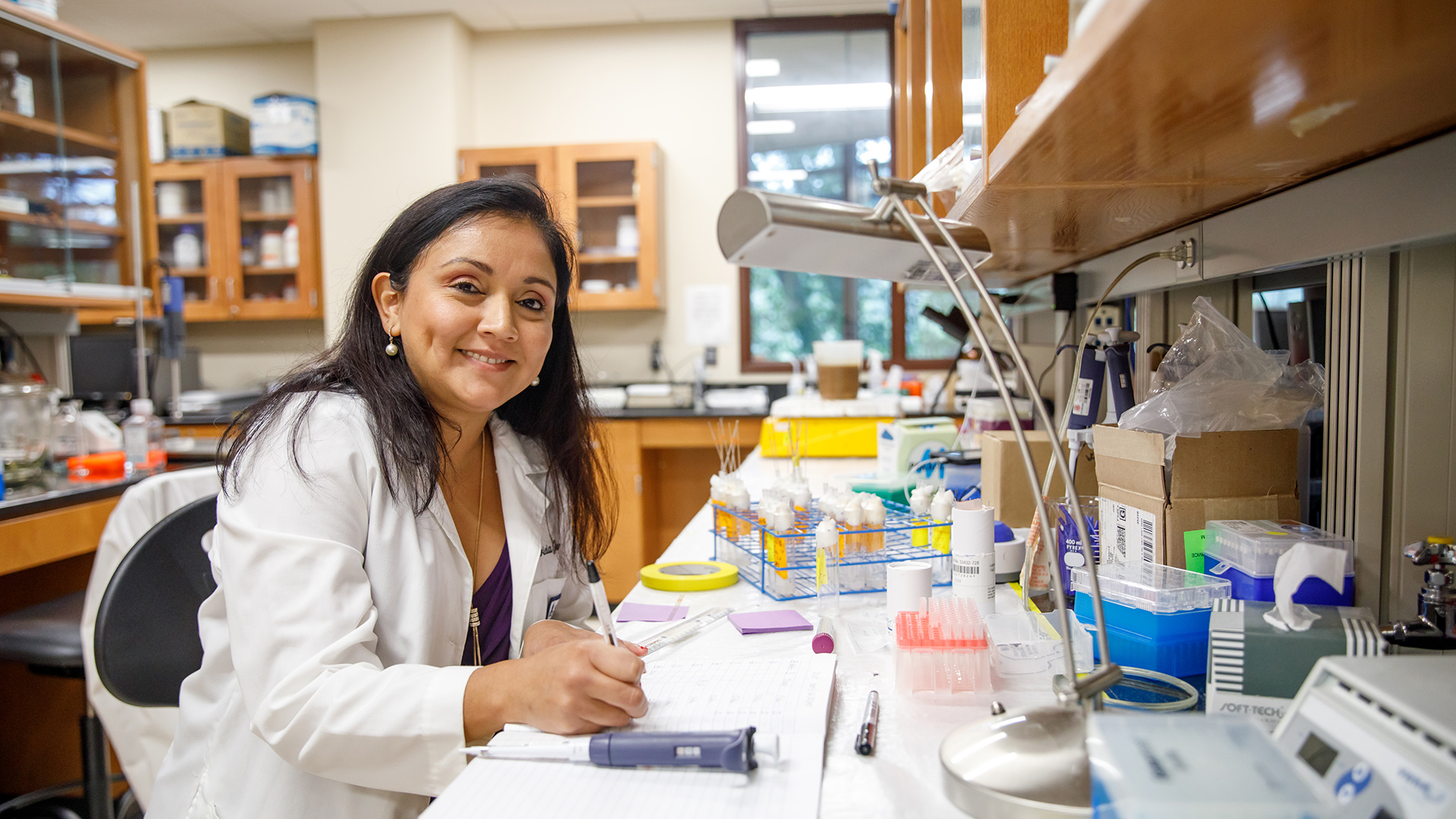 The average lifespan of a fruit fly is roughly 40 to 45 days. “Fruit flies age quickly,” said Patty Jumbo-Lucioni, assistant professor in McWhorter School of Pharmacy. “In three weeks, you can have a very compromised, aging fly, especially if it has the Alzheimer’s disease genes.”

Jumbo-Lucioni has worked with fruit fly models for the majority of her career, yet her interest in Alzheimer’s disease has developed more recently. After completing her postdoctoral training in the field of neuroscience, she knew she wanted her research to focus on the brain utilizing fruit fly models.

Population studies have suggested that people who take drugs that block the RAS as a way to control their blood pressure display better outcomes in terms of cognition as they age. “These drugs seem to decelerate their cognitive decline and reduce their risk for Alzheimer’s disease compared to those on other antihypertension drugs that don’t target this pathway,” she said. 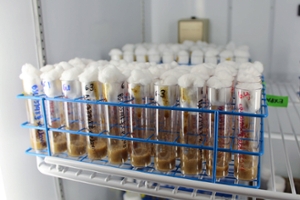 Using a fruit fly model of Alzheimer’s disease that resembles human symptoms, her research focused on administering lisinopril, an FDA-approved drug that inhibits RAS, to decelerate the Alzheimer’s disease-associated decline in movement.

“The truth is more complex than saying Alzheimer’s is just a brain disease,” Jumbo-Lucioni said. “I am of the thought that we need to start looking outside of the box, specifically at areas of the body that we know affect the brain—like the gut and skeletal muscle.”

This preliminary data has set the basis to establish collaborations with faculty at the University of Alabama at Birmingham and the University of Florida. Recently, Jumbo-Lucioni and her collaborators were awarded a pilot grant from the Nathan Shock Center for Excellence in the Biology of Aging. With this award, Jumbo-Lucioni is excited to expand her research to administer probiotics to Alzheimer’s disease flies.

This probiotic has been genetically modified to produce Angiotensin (1-7), a blood vessel protecting form of angiotensin in the RAS. These experiments aim at testing whether directing intervention to the gut decelerates cognitive decline and disease progression in Alzheimer’s disease flies. 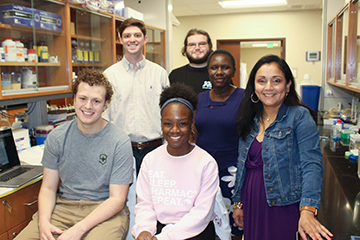 McWhorter School of Pharmacy students are involved in Jumbo-Lucioni’s research throughout the academic year and during the school’s summer research internship. Students are currently testing and troubleshooting various experimental procedures and working to determine the right probiotic dosage effective in slowing the decline of the flies’ memory and physical function.

Thomas Buford and Christy Carter are Jumbo-Lucioni’s primary collaborators at the University of Alabama at Birmingham. Their research focuses on using the gut as a potential delivery site to administer protective RAS compounds in aging rats. Jumbo-Lucioni’s will expand these interests into the fruit fly, a model of low cost and fast reproduction, to more quickly assess the effects of gut health on cognitive and physical declines in Alzheimer’s disease. In addition to the grant from the Nathan Shock Center for Excellence in the Biology of Aging, their research also received a supplemental grant from the National Institute of Health earlier this year.