While pharmacy graduates are not required to complete a residency before entering practice, residencies provide additional training and practice experience in specific areas. This competitive process is facilitated by the American Society of Health-System Pharmacists (ASHP).

Collectively, McWhorter School of Pharmacy students and graduates were chosen for residency programs in 15 states across the country within areas such as pediatrics, ambulatory care, infectious diseases, internal medicine, palliative care, psychiatric and community pharmacy. 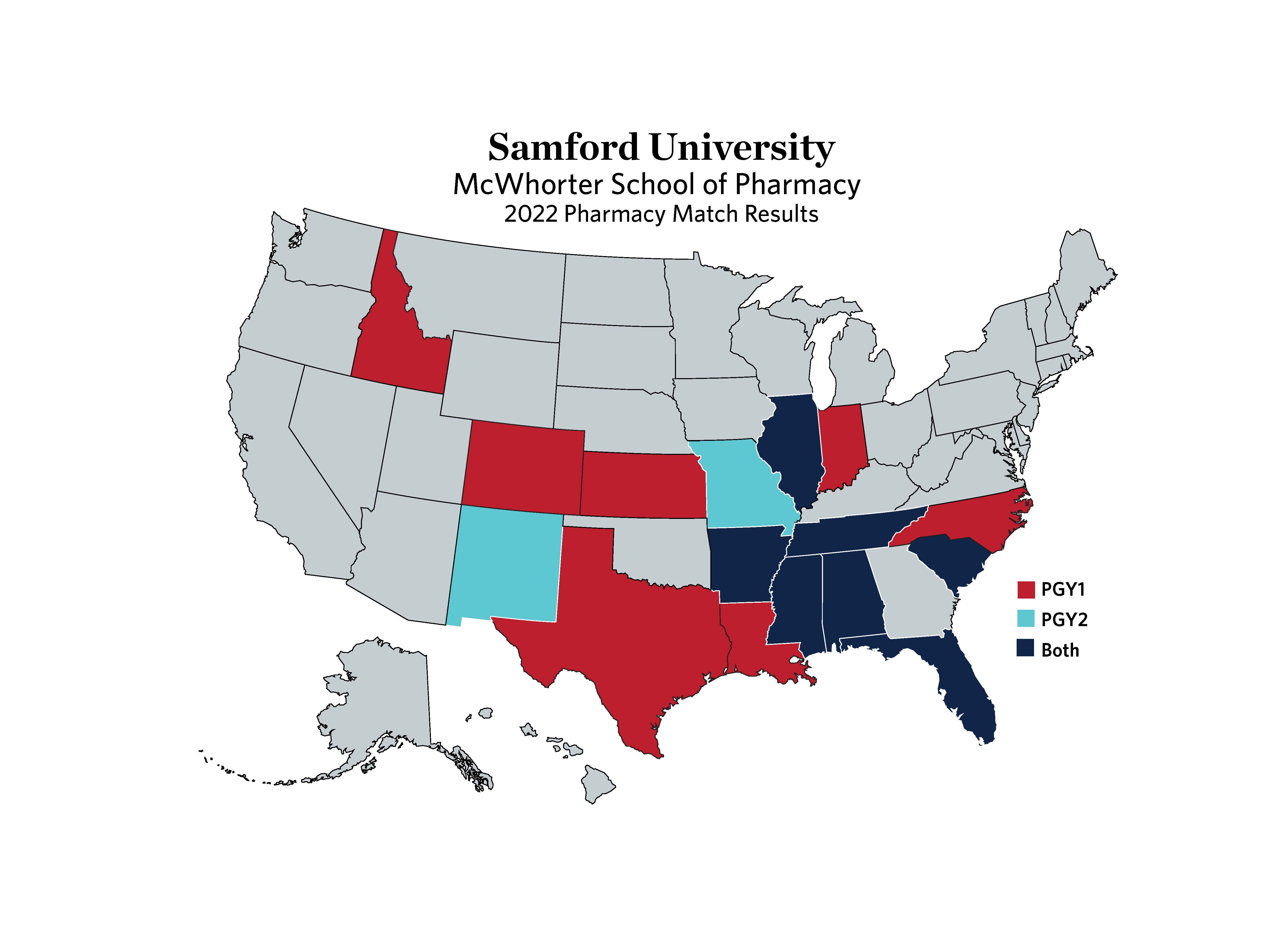 Students who matched with a PGY1 pharmacy residency program include: