Thomas Named Chair of the Department of Pharmacy Practice 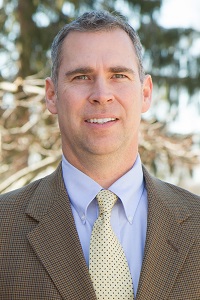 “I’m pleased Dr. Thomas will be joining the faculty as chair during this pivotal point in the department’s growth,” said Michael Crouch dean of the McWhorter School of Pharmacy. “As we move to our new state-of-the-art facilities, Dr. Thomas brings unique experience with high fidelity simulation and clear passion for teaching innovation.”

In 2015, Thomas was elected Fellow of the American College of Clinical Pharmacy. He has authored numerous publications and is a frequently invited speaker at professional meetings nationwide. He has received recognition for his contributions to clinical pharmacy and pharmacy education and was a 2013 recipient of the American Society of Health-System Pharmacists Pharmacy Practice Research Award.

Thomas earned his Pharm.D. from the University of Arizona and completed a post-doctoral pharmacy practice residency at Arizona Health Sciences Center, Tucson, Arizona.  He spent more than a decade as a clinical pharmacist and then adjunct professor with Ferris State University before joining the faculty at South University School of Pharmacy in Savannah, Georgia and eventually Western New England College of Pharmacy.