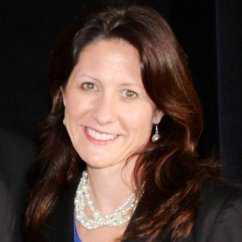 For 90 years, Samford University’s McWhorter School of Pharmacy has prepared pharmacists to transform lives through knowledge, compassion and servant leadership.  Brenda Denson, a 1998 alumna, is living out this mission as a newly appointed member of the Alabama State Board of Pharmacy.

Denson, appointed by Governor Robert Bentley, will serve a five-year term as the representative for institutional practice. Her career has prepared her for this role, working as a pharmacist in multiple hospitals, long-term care and in her current role at Children’s of Alabama in Birmingham.

With her appointment to the board, Denson becomes the third McWhorter School of Pharmacy alumnus on the current Alabama State Board of Pharmacy, which is quite a statement as the board consists of five members.

“It’s tremendously rewarding to see the impact McWhorter graduates are having within the state,” said Michael Crouch, dean of McWhorter School of Pharmacy. “I’m so pleased to see Dr. Denson appointed to this position, and I look forward to working with her and the entire board to advance the profession and patient-centered care.”

The Alabama State Board of Pharmacy is one of the highest honors someone in the pharmacy profession can receive on the state-level. The board is vested with the authority to carry out the Pharmacy Practice Act. They are to regulate the practice of pharmacy and the management and operations of pharmacies so as to protect the health, safety, and welfare of the people of Alabama.

Denson, Yeatman and Bunch serve on the board at an important time in its history as the pharmacy community looks to the board for leadership in regards to collaborative practice and provider status. On a national level, work it being done to recognize pharmacists as healthcare providers in the Social Security Act.

“Pharmacy has been left out [ being recognized as a provider], and it all has to do with technical laws,” Denson said. “Hopefully, in my five-year term, we will make progress here.”