Cates Becomes President of College of Psychiatric and Neurologic Pharmacists 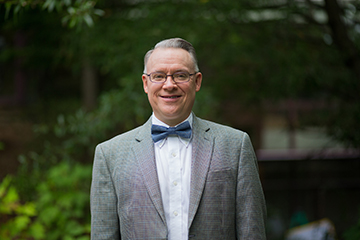 Marshall E. Cates, professor and department chair in Samford University’s McWhorter School of Pharmacy, is now president of the College of Psychiatric and Neurologic Pharmacists (CPNP). He assumed this position on July 1 and will serve a one-year term.

“It is an honor to serve as the president of an organization I so highly value. CPNP’s mission is to advance the reach and practice of psychiatric pharmacy and serve as the voice of the specialty. We strive to ensure that individuals living with mental illness receive safe, appropriate, and effective medication therapy.” Cates said.

“It’s exciting to assume this role in a time when people seem to be more aware of mental health than ever before. There is great work to be done.”

He has been involved in numerous clinical, laboratory and pedagogical research projects, and he has published more than 55 peer-reviewed journal articles and book chapters. His community involvement has centered on suicide prevention and mental health care for the medically underserved.

Cates has been an active member of CPNP since it was first established in 1998. CPNP’s membership consists of more than 2,900 pharmacists practicing in the psychiatry and neurology specialties. In addition to the role he serves at the national level, Cates is also the faculty advisor for Samford’s student chapter of CPNP, which was established by students earlier this year.