Published on February 24, 2020 by William Nunnelley   Share this on: 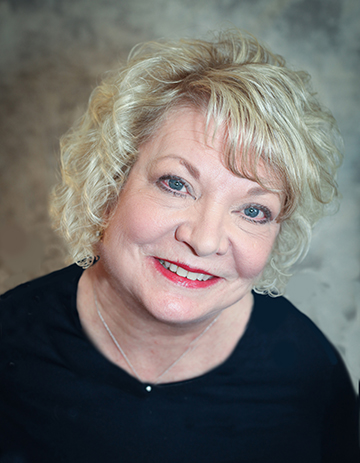 Not long after Fran Sherrill earned her degree from Samford University’s McWhorter School of Pharmacy in 1978, she received a phone call from her mentor, Lawrence Allbritton. He wanted her to take a look at a pharmacy for sale in Wickliffe, Kentucky, near her hometown of Paducah. It was the summer of 1979.

“I had only just received my pharmacist license to practice in Alabama and Kentucky that summer,” she recalled. “I had very little pharmacist experience, not to mention experience as an entrepreneur.”

With encouragement from Allbritton and her parents, she made the decision to purchase the store and open her first pharmacy. “I became the owner on October 1, 1979.” She was entering a profession dominated by men, but she believed she could be just as successful.

The years since have proven her correct. Not only did her business expand to include five pharmacies, but she also established a home medical equipment company, called Medcare Home Medical. This success has enabled her to support her alma mater financially and through service on the school’s Advisory Board.

Most recently, she became the first alumna to endow a scholarship in her lifetime to McWhorter School of Pharmacy, establishing the Frances Hall Sherrill Endowed Scholarship.

In many ways, the scholarship is a reflection of Sherrill's story and legacy. It will support students who demonstrate a financial need and have an interest in community pharmacy ownership. Preference will even be given to students from the western Kentucky area.

“I was honored and excited to be asked to help with the education of future students,” Sherrill said. “I remember the financial challenges I was faced with in college.” She hopes the scholarship might go to a student from her geographical area “to obtain the best pharmacy education I believe to be had in a Christian environment."

Michael Crouch, dean of McWhorter School of Pharmacy, noted that Sherrill has served and supported her alma mater in so many ways throughout her career.

“She has a passion for helping others, and she has served patients in western Kentucky for four decades,” he said. “She is an entrepreneur and an innovator. For example, she identified an unmet need for her patients regarding home medical equipment and supplies, and as a result, started Medcare Home Medical. I’m so pleased to see her name on an endowed scholarship.”

Sherrill made the decision to fund a scholarship after a visit to Kentucky with Crouch and senior advancement officer Victoria Allen. “We had a wonderful day touring two of my locations in Paducah and Wickliffe, and discussing pharmacy and activities at the school.”

Sherrill also talked about her path to success.

“My most gratifying memory of the early days was October 1, 1980,” she recalled. “I came to work and realized I had started my second year as a pharmacist and owner.”

While she learned a lot in that first year, her greatest lessons came with the expansion of her pharmacies and the launch of her business, Medcare Home Medical.  “The most challenging aspect of expanding through the years was learning to manage multiple locations, the delegation of tasks and hiring employees that are team players,” she said.

What would she say to a young pharmacist today?

“I believe God challenges you to grow as a Christian. Challenging times will come but they are only a means to make you a better person both professionally and personally,” she said.